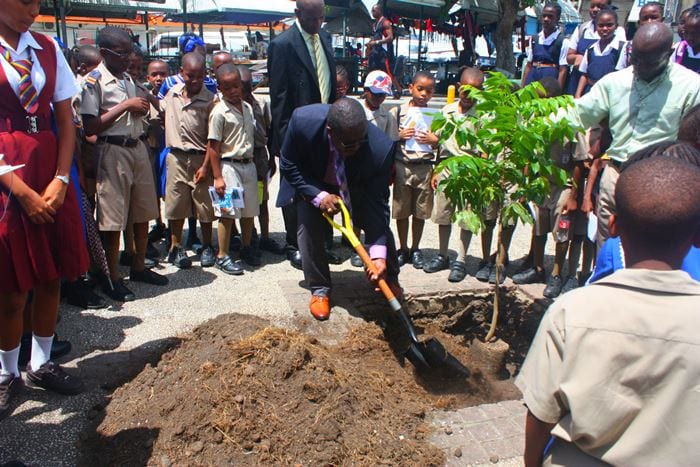 Six plants have been produced using in-vitro at the National Conservation Commission (NCC) through its Tissue Culture Laboratory.

The Lab, which was launched as part of National Arbor Day celebrations in 2014, has produced Petunias, Chrysanthemums, White Mussaenda, Rose, Plantain and Mandevillia.

“This marks a new initiative in which the NCC can capitalise on the production of high quality plants to offer to the public for sale,” Mr. Neblett said. He added that the Commission was currently involved in producing and developing a high standard of hybrid hibiscus that will expand the range of plant species currently available on the island.

The General Manager further indicated that the NCC was continuing to develop its Apiary as an educational tool and to promote the value of bees in the ecosystem. He explained that an officer was currently undergoing a six-week training course at the Department of Agriculture in Florida in the development of the bee industry.

These initiatives, Mr. Neblett noted, were being undertaken by the Commission as part to its wide range of responsibilities that impacted on the environmental, social and economic well-being of the general public. That was inclusive of its primary mandate to maintain the island’s parks, beaches and open areas, he said.

The General Manager also stated that the presence of Sargassum seaweed on the island’s beaches within recent weeks was significantly reduced as a result of the NCC’s deployment of newly-acquired beach cleaners.

“The Commission still continues to utilise large equipment at areas such as River Bay and Skeete’s Bay, with the assistance of Government agencies,” he said. He pointed out that members of the public and hoteliers were continuing to assist with this process.