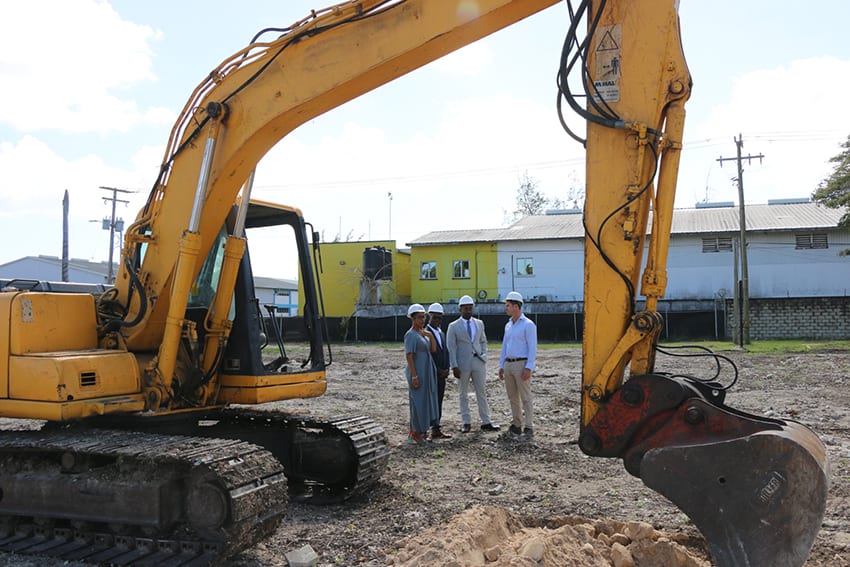 Construction of a new four-storey administration building for the Barbados Port Inc. (BPI), at a cost of $20 million, will be carried out over the next 15 months.

Once completed, the new facility will be home to the Ministry of Maritime Affairs and the Blue Economy, the BPI and just over 500 employees.

These disclosures were made last Friday by Minister of Maritime Affairs and the Blue Economy, Kirk Humphrey, as he addressed the groundbreaking ceremony for the project that would see approximately 200 people being employed at different stages of the building process, some of whom will be retrenched workers.

“It is very important for us that we make our staff comfortable.  The Port is now over 50 years old…,” he said.

The Minister gave the assurance that all efforts were being made to follow proper procedures during the building process and that the timelines were followed through a period of constant reporting.

He added that plans for the new building also included one for maintenance as Government needed to find ways to maintain its buildings. “If you see something going wrong you have to fix it when it is small.  A lot of problems we have had [in the past] is due to poor maintenance,” Mr. Humphrey said.

The Minister also indicated that the new complex would have a renewable energy base, of which 50 per cent would be done through solar panels, with plans to take it to 100 per cent after the project was completed.

Meanwhile, he noted that there was also a need to separate the cruise and cargo sections of the Port. “The bulk of our business here now is actually cargo.  A lot of people pass through and a significant number [of people] walk through the Port, but you have to physically dodge potatoes and onions…. We cannot be forced to be locked into a moment in time,” Mr. Humphrey stressed.

Rather, he said, Barbados must be fit for purpose.  “It means that we must have a cargo industry that is efficient, that is effective and that we can turn over cargo as quickly as possible.  We want to be a hub so that people will choose Barbados as a natural destination.  We also want to improve what we offer as our cruise product so that we would have a first class cruise building and product…,” he stated.

Mr. Humphrey also noted that efforts were under way to improve the camera equipment and more advanced scanners to ensure the Port had the capacity to secure the island’s borders and its people. 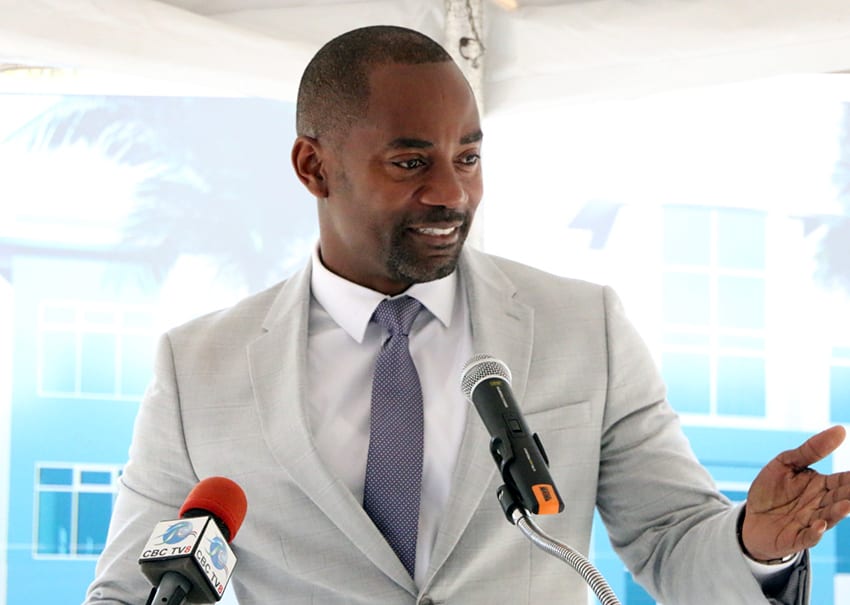 Minister of Maritime Affairs and the Blue Economy, Kirk Humphrey, speaking at the groundbreaking ceremony for construction of a new four-storey administration building for the Barbados Port Inc. recently. (H. Greenidge/GP)

Meanwhile, Chairman of the BPI, Senator Lisa Cummins, explained that the new complex was reflective of a partnership that was developed by the BPI, the BPI Pension Plan and Caribbean Consultants Limited.

“It is a 50/50 joint venture and its successful execution and successful implementation over the coming months will reflect an investment made into the pension plan of the workers of the Barbados Port Inc.,” she said.

Ms. Cummins added that early in the new year the BPI’s board of management would seek to explore a new model for the organization.  That, she said, would include cargo, cruise and property development.

“We are going to be talking about creating a vertical integration model for the Barbados Port.  We want to be able to transform the Port and all of its operations into a key logistics hub for the entire southern region of the Caribbean.   We want to partner more with our private sector colleagues,” she said.

The Senator further noted that discussions would also be held in relation to cruise terminals and marine facilities and how they needed to be expanded, particularly in the Shallow Draught.

However, she stressed that those discussions would also seek to outline what the public/private sector partnership should look like, and the details surrounding such to ensure that the best interest of the Government, the Port and the people of Barbados was protected.