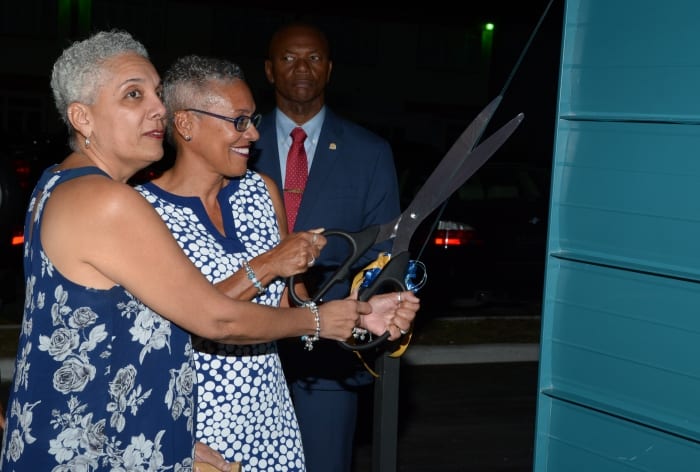 Barbados’ three public health laboratories are now housed in a multi-million dollar facility built to international standards and equipped to provide a range of services to residents of Barbados and the region.

Mr. Boyce observed that the naming of the facility was a well-deserved recognition of the outstanding work and long-standing commitment to the development of laboratory services in Barbados by these men.

In his feature address, the Health Minister expressed gratitude to the Government of the United States for its partial funding of the construction, to the tune of Bds $12 million.

He said that the facility, which is an amalgamation of the Public Health Laboratory, the Leptospira Laboratory and the Ladymeade Reference Unit Laboratory, was state-of-the-art with bio-safety level three capacity, improved lab safety and the capability for an enhanced range and quality of tests. These tests include haematology, serology, molecular biology, tuberculosis bacteriology, chemistry and pathology.

Emphasising that quality assurance and control would be the hallmark of its functions, Mr. Boyce also revealed that the new laboratory had the capacity to undertake certain tests, for example for Zika and Chikungunya, which formerly would have been referred to the Caribbean Public Health Agency (CARPHA) in Trinidad.

He outlined its functions as providing enhanced laboratory services, laboratory institution monitoring and evaluation, quality management system and support, and training. Other functions include surveillance, research and revenue generation, and quality assurance with the new laboratory working towards achieving ISO15189 accreditation by 2020.

The Health Minister noted: “The amalgamated functions of the three public health laboratories will optimise the delivery of laboratory services, rationalise the utilisation of laboratory reagents and the allocation of laboratory personnel…. Altogether, this laboratory demonstrates our commitment to quality, innovation, sustainability and reliability.”