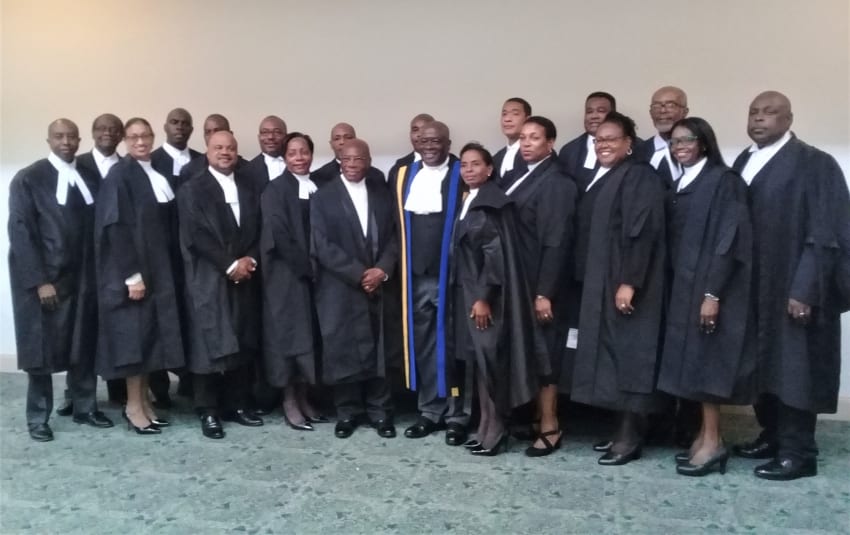 The 18 new Queen’s Counsels (QC) admitted to the Inner Bar have been urged to mentor their younger counterparts in the legal profession.

The advice came from Chief Justice, Sir Marston Gibson, as he welcomed them during a Special Sitting of the Supreme Court at the Lloyd Erskine Sandiford Centre this morning.

“Mentor them; show them the path that you have taken, show them where it has led and you will be certain that they will follow you to the Inner Bar,” he said, acknowledging the rich history of the profession.

Sir Marston also praised the Queen’s Counsels on their admittance, noting that their “hard work and attention to detail” had elevated them to this prestigious level.

They were also congratulated by Attorney General, Adriel Brathwaite, who read their biographies.

Stressing that they had a “heavy responsibility” in society, he vowed they would serve at the highest level when called upon. Mr. Howell also asserted that the local legal profession “was in good hands”.