New Scanner For The Port Soon 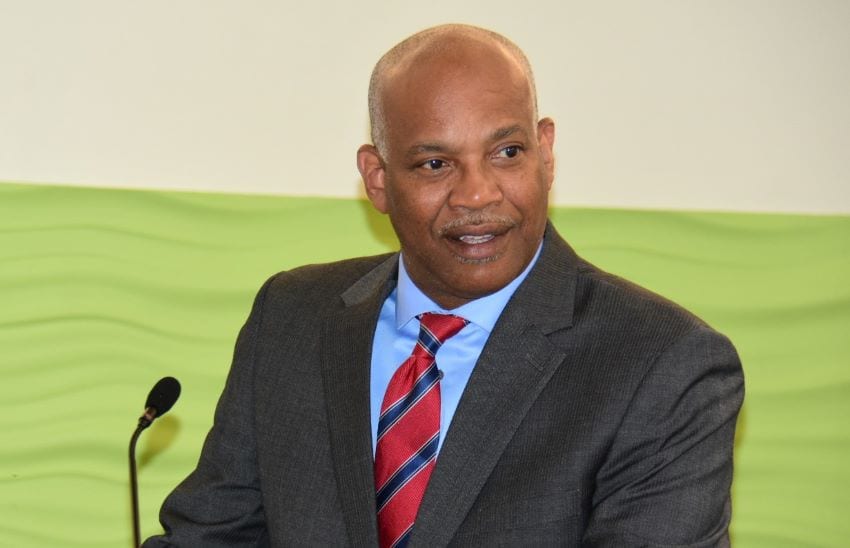 Attorney General and Minister of Legal Affairs, Dale Marshall, addressing the opening ceremony of the seventh meeting of the Caribbean Basin Security Initiative (CBSI) at the Radisson Aquatica yesterday. (C.Pitt/BGIS)

Security at the Bridgetown Port is expected to get a boost with the arrival of the first of two new scanners within a number of weeks.

This will be followed by the arrival of a second scanner by yearend, bringing the complement at the Bridgetown Port to three.

Attorney General and Minister of Legal Affairs, Dale Marshall, made this disclosure as he addressed the opening ceremony of the seventh meeting of the Caribbean Basin Security Initiative (CBSI) at the Radisson Aquatica, on Thursday.

“My administration recognized that it is untenable for a mere six per cent of the containers that are coming into Barbados to be scanned,” he said.

Noting that at least 12 of the 22 murders this year were committed using a firearm, the minister stressed that it was “considered” that a large quantity of the firearms entering Barbados illegally were coming in on containers.

However, he pointed out that the instability being seen in Barbados was also being seen by other countries throughout the region.

“We have recognized that it is important for us given the interconnected nature of Caribbean states to look at the matter of security,” Mr. Marshall said, noting that the situation was further complicated by the instability in Venezuela, which had the potential to spill over into Trinidad.

In this regard, the attorney general said it was a “solid backdrop” for the CBSI and the work of the organization.

Stating that it was the first time a CBSI meeting was held in Barbados, Mr. Marshall disclosed that there was also a distinct possibility Barbados would be one of the pilot locations for the implementation of the new Advanced Cargo Information System.

This, he said, would complement work presently being done on the Advanced Passenger Information System, through which government was trying to completely automate the business of travel for passengers arriving here.

“We have set up kiosks so that passengers coming in would be able to have that computerized process without having to go through the usual immigration system,” he said.

During his address, Mr. Marshall also commended the CBSI for its work, and welcomed the regional security stakeholders to the island.