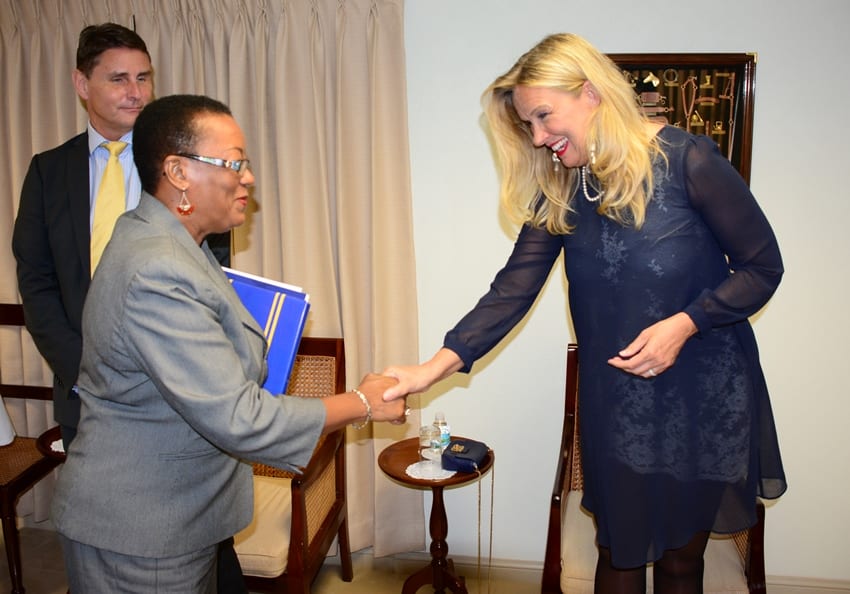 Climate change was the focus of a recent meeting of Minister of Foreign Affairs and Foreign Trade, Senator Maxine McClean; and Sweden’s Ambassador to Barbados, Elisabeth Eklund.

The newly appointed Ambassador stated that the Swedish Minister of Environment and Energy was very devoted to this matter, and was grateful for the continued support of the Government of Barbados.

Senator McClean agreed that climate change was also an important topic for Barbados, which she described “as a country connected to the ocean and driven by tourism”. She pointed out that there were additional concerns regarding coral reefs, coral bleaching and marine life.

The Foreign Minister also noted the recent increase in Swedish visitors to the island, and stated that ways in which both countries could collaborate and “take advantage” of the Double Taxation Agreement should be explored. The officials also identified renewable energy as an area for future collaboration.

Mrs. Elkund was accompanied to the meeting by Honorary Consul of Sweden to Barbados, Titti Kerr-Axelsson.