New Track To Get Springer Back On Top 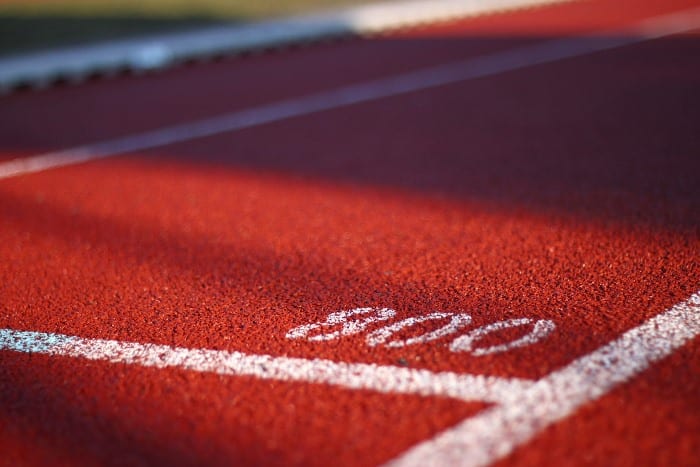 Springer Memorial Secondary School should have a five-lane 200-metre track by year-end.

And, to help them achieve this goal, the school will be undertaking several drives to raise the $240,000 needed. This was revealed by teacher Ian Webster recently, as he addressed a press conference to launch the Springer on Track project at the school.

Mr. Webster, who is also public relations officer of the project said: “We want Springer Memorial to be back at the top at BSSAC (Barbados Secondary Schools Athletics Championships), and the only way we can do that is by embracing excellence and providing facilities and infrastructure for our students to thrive.”

Stating that though the project might be a bit ambitious, he said they were looking to have the track completed by year-end and Barbados stood to benefit from this.

“It is our intention to have a number of activities. We have already started in-house by placing some small containers in the various form rooms, and have the students contribute $1 per week. We want to not just go and ask for money, but we want to demonstrate that we are certainly seeking to help ourselves.

“We have started with a raffle as well. There are going to be a number of ongoing activities and we’re looking at doing a fair and a birthday event, as we celebrate our 53rd  birthday on October 1, this year,” he explained.

Emphasising that Springer wanted to be able to generate as much income as possible, he said the school was also asking corporate Barbados and old scholars to come on board and support the endeavours. 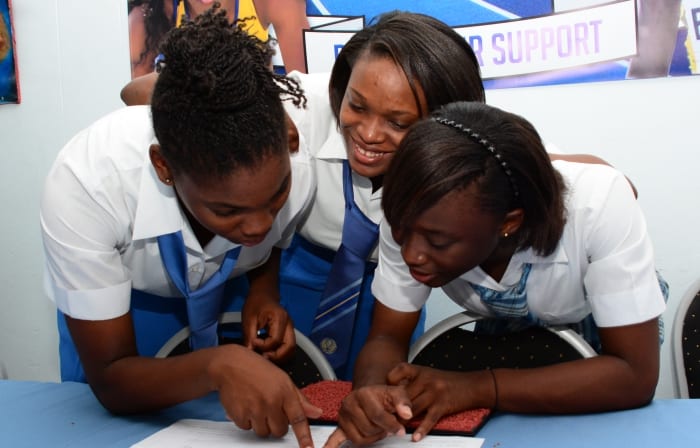 From left to right: Springer Memorial Secondary students Shonté Seale, Arielle Wood and Ashley Jordan looking over the plans for the proposed track at the press conference to launch the Springer On Track project. (C.Pitt/BGIS)

Deputy Principal, Mitchelle Maxwell, while explaining that the track would be on the eastern side of the school, said: “Springer on Track is definitely going to become a reality. We are embarking on what is going to be an important developmental programme… What it seeks to do is to build on ensuring that we continue to promote and develop quality athletes within the school, and, by extension, persons who will have the opportunity to be a part of the facilities.”

Mrs. Maxwell stressed it would be known as a high-performance facility, in keeping with a core belief at Springer Memorial that excellence “was the only way”.

“We continue to promote an environment where we excel in academics and athletics, and other disciplines within the various sporting activities,” she declared.

Springer on Track will, among other things, include a modernised greenhouse and an agricultural area that meets the Caribbean Advanced Proficiency Examination (CAPE) and occupational health and safety standards.