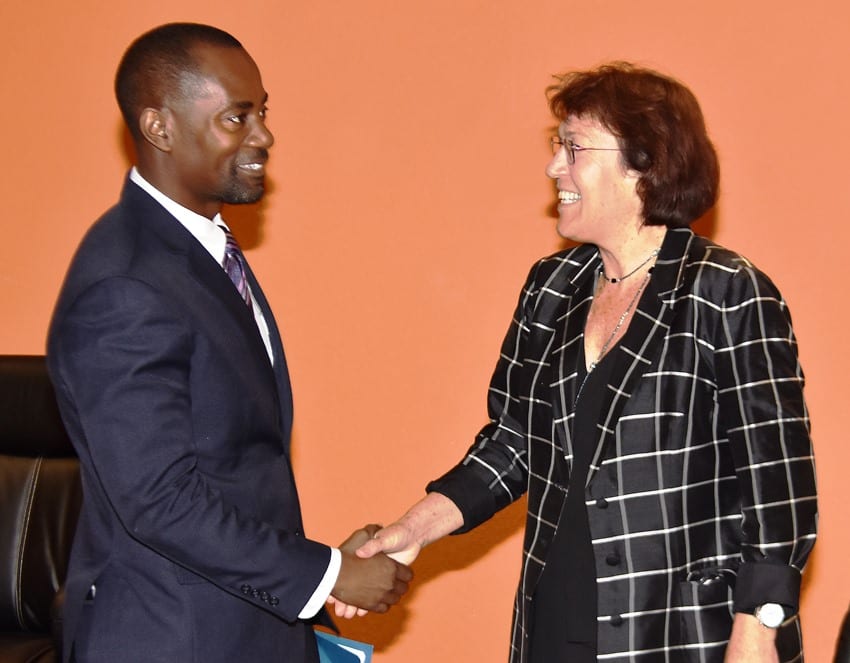 Establishing stronger ties between Barbados and New Zealand was discussed recently, when the latter’s High Commissioner Jan Henderson paid a courtesy call on Minister of Maritime Affairs and the Blue Economy, Kirk Humphrey.

Among the areas touched on were renewable energy, oceans and fisheries.

In addition, discussions focused on the possibility of a visa abolition agreement with New Zealand for Barbadians travelling to that country.