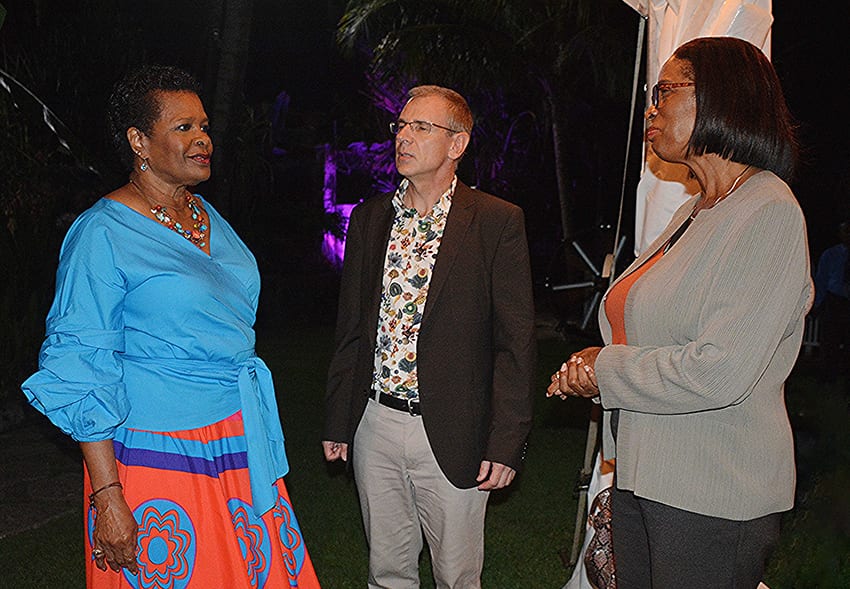 Governor General Dame Sandra Mason in discussion with New Zealand’s High Commissioner to Barbados, Anton Ojala and Minister in the Ministry of Foreign Affairs and Foreign Trade, Sandra Husbands, during a welcome reception for the Mr. Ojala last night. (GP)

Barbados considers New Zealand to be a partner in this island’s development.  This is according to Minister in the Ministry of Foreign Affairs and Foreign Trade, Sandra Husbands.

She was speaking during a welcome reception for New Zealand’s High Commissioner to Barbados, Anton Ojala, held at Sweetfield Manor, last night.

Admitting that she was “stunned” when she first heard that New Zealand considered itself to be a “small island”, she said both countries have a “great deal of common ground” and could give support to each other.

“Barbados certainly counts New Zealand as a partner in our development… We do have a number of things in common and therefore we can be comrades-in-arms in making representation on behalf of nations like ourselves in huge multilateral organisations,” she stated.

The Minister highlighted agriculture as a significant area of cooperation in the bilateral relationship between Barbados and New Zealand.

“The High Commission’s work with the Greenland Livestock Centre, the Caribbean Agricultural Research and Development Institute (CARDI) and the Ministry of Agriculture to improve agricultural activities in Barbados, through workshops and other forms of training, for example, has been an invaluable contribution to our country,” she said.

Minister Husbands listed oceans, fisheries and climate change and its potential impact as areas of common interest, where cooperation had started.

“I believe that relations between Barbados and New Zealand are on the path towards deeper engagement and this gives much hope for the future of our relationship,” she stressed. 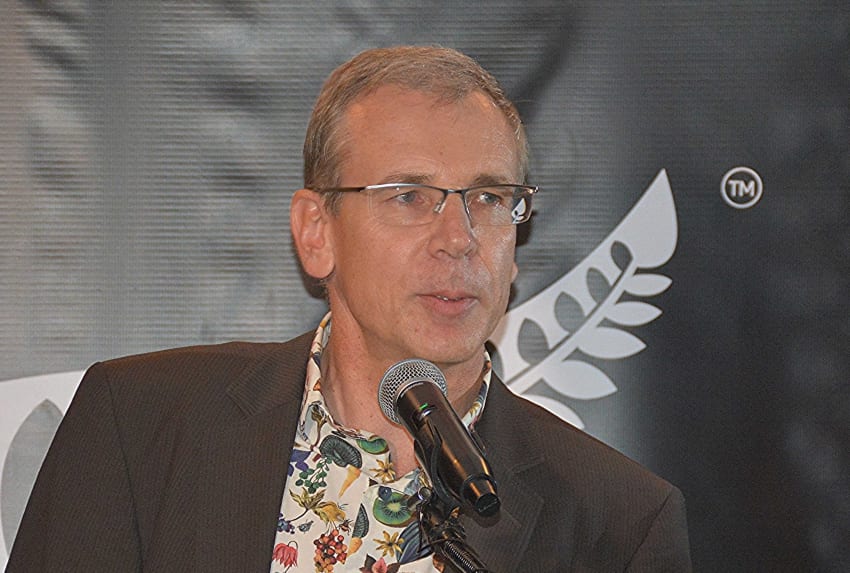 “We are an outward looking nation, reliant on the strength of global institutions to help us make our way in the world.  We are an island nation; both the North and the South Islands are roughly the same size as Cuba, although our total population is less than half that of Cuba’s.  Apart from Australia, all our neighbours are small islands.  We are a nation whose existence is built on the sea and on the land, and increasingly on visitors from overseas who come to enjoy what we have. So, while we are a long way away, we have a lot in common with Barbados,” he said.

The envoy explained that New Zealand was determined to play its part in eradicating the threat of climate change and its impacts.

Declaring that his homeland was not a major contributor to this global problem, he reported that up to 85 per cent of New Zealand’s electricity was generated from renewable sources.

He disclosed that his Government was currently passing legislation to set a target of net zero emissions by 2050; to stop the issuing of further offshore oil and gas exploration permits, and would be starting an initiative to plant one billion trees within 10 years.

“Our Governments both agree on the urgent need for global action to address this and many other challenges, through the multilateral system, no matter how imperfect, but also through connections between individual countries,” the High Commissioner stressed, emphasizing the need to work in other areas.

“The New Zealand Government is not represented in Barbados solely to address the issue of climate change. But there is no better embodiment of the need for us to work together and that is why we are here,” Mr. Ojala said.