Next Tradewinds Meeting On May 17 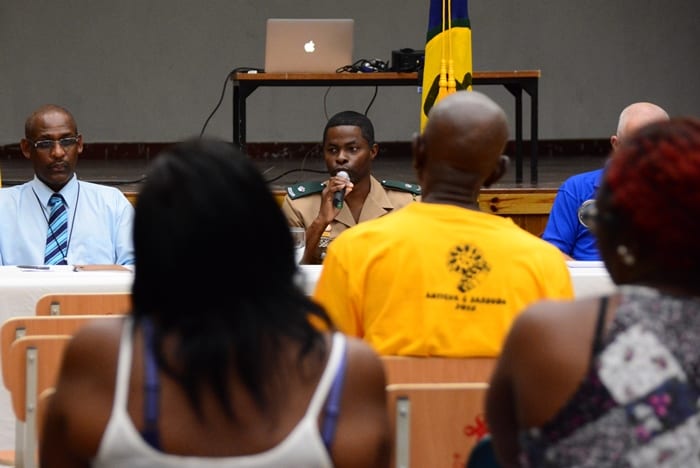 Persons interested in making a difference during a disaster, and in learning more about Exercise Tradewinds 2017, are invited to a town hall meeting next Wednesday, May 17, at the Princess Margaret Secondary School, Six Roads, St. Philip, beginning at 7:00 p.m.

During the meeting, they will also find out about the benefits of volunteering and have an opportunity to sign up on the spot with members of the Exercise Tradewinds 2017 Secretariat.

Host Nation Co-Directors, Major Carlos Lovell; and Director of the Department of Emergency Management, Kerry Hinds, will address the meeting and answer questions from those attending.

They will be supported by representatives from the Regional Security System, the Royal Barbados Police Force, the Barbados Fire Service, and others from the maritime and land-based forces.

Exercise Tradewinds 2017 is being held from June 6 to 12 under the theme: A Seamless States Partnership for a Secure Region.