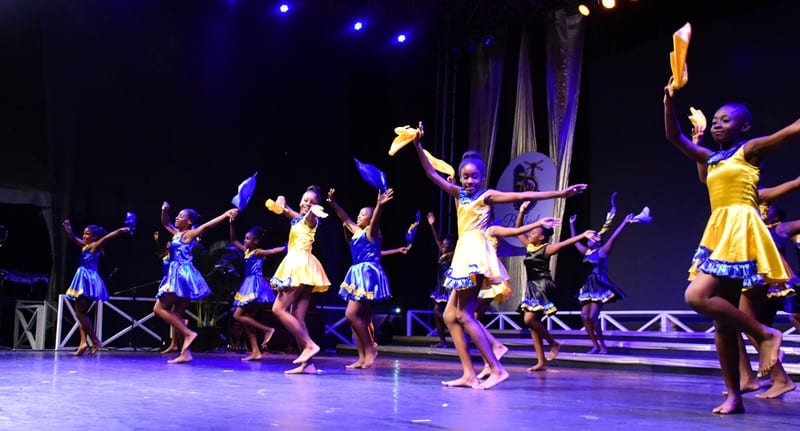 The National Independence Festival of Creative Arts (NIFCA) is still making a significant impact on the island’s cultural landscape.

Mr. Lashley congratulated the artistes gathered for their dedication to artistic pursuits. “[NIFCA’s] unrivalled reach and unparalleled ability, touches the diverse communities that make up our country and unearths the local cultural treasures hidden within…. Your commitment towards the achievement is in itself a demonstration of your winning character,” he said.

The Minister noted that this year, the speech entries outnumbered drama entries in the theatre discipline. He surmised that the decline of drama entries was an indication of the need to redouble efforts in training in this area.

“With the re-opening of the Daphne Joseph Hackett Theatre, a purpose-built space for this art form, we should expect to see an upward trend in this area in 2018,” he remarked.

In addition, there were 27 original musical compositions, which Mr. Lashley said showed that there was still a “burgeoning market in this critical aspect of the music industry – it is not just for the performers”. According to him, NIFCA has been encouraging the composition of original music through incentives like the Jackie Opel Award for the best original musical arrangement.

The Culture Minister pointed out that innovation was clearly seen and showcased in the visual and culinary exhibitions, with some participants demonstrating novel approaches to using available materials.

This year’s NIFCA awards also witnessed an increase in the film and video entries to 20, a 200 per cent increase in entries when compared with 2016.

“The judges have assured us that the quality seen this year demonstrates that film production in Barbados is on a path to regional and international success,” he stated.