No Holding Back On Plastic Ban Talks 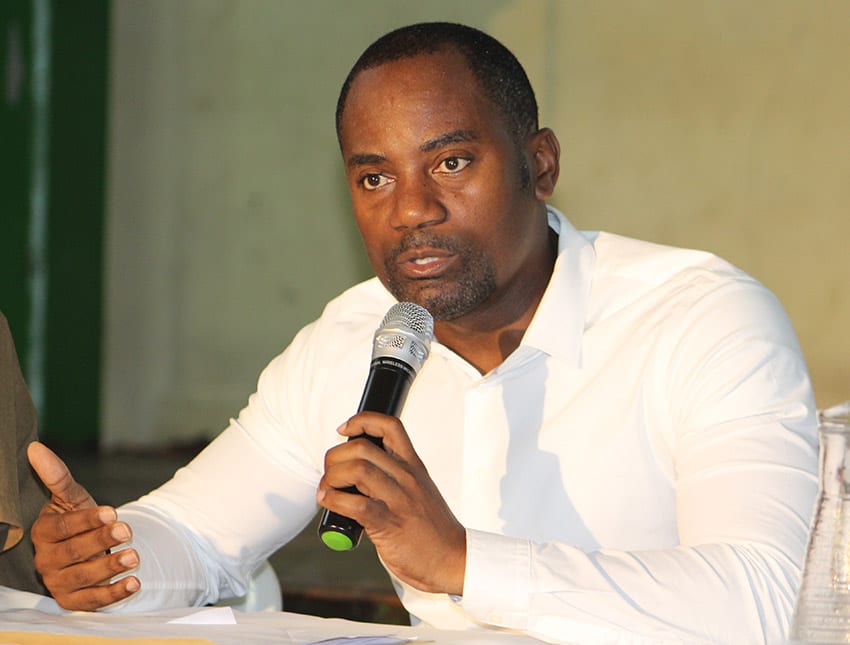 Minister of Maritime Affairs and the Blue Economy, Kirk Humphrey, speaking to a member of the audience during last night’s town hall meeting on the plastics ban at the Graydon Sealy Secondary School. (A.Husbands/BGIS)

There was no holding back as vendors, retailers, distributors and members of the public voiced concerns over the ban on petro-based single-use plastics during the first of two town hall meetings, held on Wednesday night.

Topping the list of concerns was the price of alternative products, the July 1 deadline for the ban on the usage of the items, the inconsistency in duties charged on the imported products, and the need for public education as it relates to littering across Barbados.

Minister of Maritime Affairs and the Blue Economy, Kirk Humphrey, said the discussion on banning plastics started as far back as three years ago under the last administration.

And, despite having dialogues with stakeholders since July last year, and offering a further extension of the ban until July 1, 2019, persons were still asking for more time. “How much time is enough time?

My view is nine months is enough time to move old stock because there has to be a point when we say enough is enough,” the minister reiterated.

Mr. Humphrey also urged the public to consider the “real cost” of continuing to use the petro-based single-use plastic.  “What are we as a people and a government prepared to give up for the interest of the country?” he asked, noting Barbados was among 14 countries in the region to institute such a ban.

Mr. Humphrey stated that what was occurring was a transition process for everyone, which had begun.

Permanent Secretary, Esworth Reid, also urged those present to remember that the ban was “not a Barbados thing”, but was a global initiative aimed at improving and protecting the state of the environment.

He stressed that plastic and Styrofoam were enemies to the environment, and people were using and disposing of them indiscriminately, resulting in them getting into the island’s water supply and stifling the fish and the economy.

Founder of the Carlton and A1 and Emerald City Supermarkets, Andrew Bynoe, was among those who agreed that the three-month extension was “generous”, and stressed that he did not feel persons should now be asking for another.

“There is no need for a further extension.  Yes, we will have teething problems.  In our delis, we went through a process of finding the appropriate type of containers to facilitate our food,” he said. 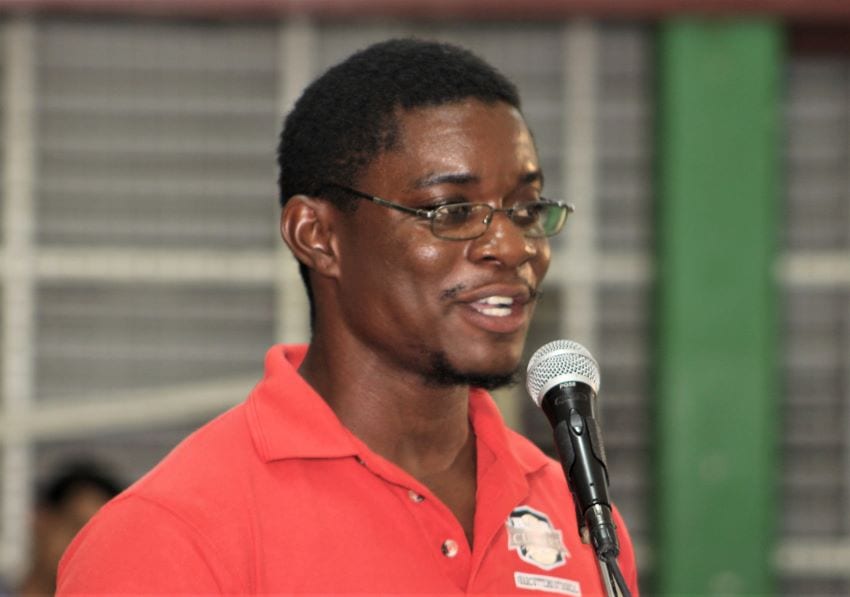 Jamal Hall of Bar Cutters joined the chorus of persons calling for the removal of Value Added Tax and other duties in an effort to bring the price of alternative products down. (A.Husbands/BGIS)

But, another retailer did not share this view, noting that the April 1 ban on importation was enough, and persons should be allowed to use their products until they were gone.  She reasoned that with the ban on importation, eventually the products would be phased out.

Jamal Hall of Bar Cutters joined with others to call for a removal of Value Added Tax and other duties, in an effort to bring the price of the alternative products down.

He also called for a national education drive to be conducted, particularly to rid people of the mentality of littering.  “We need to stamp it out,” he stressed.

This was supported by Project Manager of the Project Management Coordination Unit, Ricardo Marshall, who also noted that this would be done through continuous education.

However, he lamented that although there were recycling programmes in schools for over 20 years, people continued to dispose of things inappropriately.

“We know it is wrong to litter, but yet we do.  We are lazy and selfish, and need to take pride and make a change for ourselves,” he contended, noting that land-based pollution was a source for what happens at sea, and called on Barbadians to make the individual effort and sacrifice.

At the end of the meeting, Minister Humphrey engaged in one-on-one discussions with individuals who had challenges peculiar to their operations, to see how best they could be resolved.