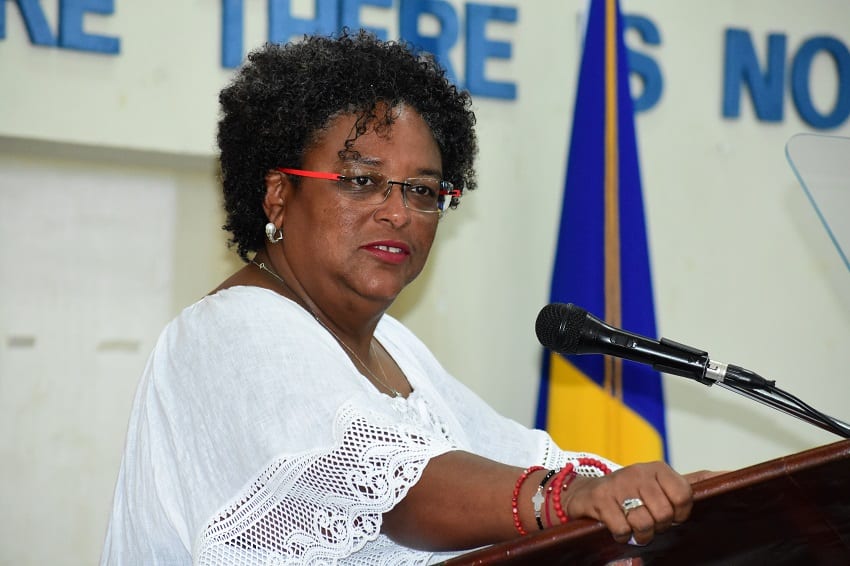 Prime Minister Mia Amor Mottley has given the country the assurance that 4,000 workers will not be laid off.

Ms. Mottley insisted that Government was trying to make sure that the consequences of any adjustment and transformation would be as minimal as possible.

The Prime Minister made these comments on Saturday during a question-and-answer session after delivering the feature address at the 77th Annual Delegates’ Conference of the Barbados Workers’ Union, at Solidarity House, Harmony Hall, St. Michael.

She told the gathering: “But even when you can’t avoid some losses, there has to be a unit that goes through the names and that first determines…whether this is really adhering to last in, first out…

“I give the country the assurance as we go forward…that there will always be a Household Mitigation Unit in the Prime Minister’s Office to make sure that we don’t only say that we care, but that we care enough to ensure that people are not treated in a way where the sole breadwinners are left on the side of the street; and secondly, that we [don’t] ignore the last in, first out…”

In response to a question about the high cost of prices even though the National Social Responsibility Levy was removed on July 1, the Prime Minister said the Ministry of Commerce had been tasked with tracking the prices.

She expressed the view that since seven weeks had passed, the country should now start to see some price reductions. “So I would expect that from the beginning of September, the Ministry of Commerce would be doing the detailed monitoring because most stock in this country for supermarkets or hardware is about six to eight weeks supply,” she stated.

Ms. Mottley disclosed that the International Monetary Fund (IMF) team would be returning to Barbados later next week and gave the assurance that Government would continue to update the country on the work being done. She reiterated that the loan agreement with the IMF would give the country the cheapest access to money, with payback at one per cent.

She added that this signing with the IMF would unlock opportunities for Barbados to receive funds from other entities. She said that over the next four years, Government would clear all of the arrears to third parties. She stated that it would be done through negotiations, settlements and staggered payments.

“The people of Barbados must never have the reputation of having a Government again that does not pay its bills to them or to third parties outside of Barbados,” she stressed.

In addition, Ms. Mottley stated that Government owed $480 million in income tax arrears, but was not in a position to immediately pay off all.

“We will stick to a programme of paying people over a period of time. Our reckoning is that to clear those arrears will probably take us about two years. Every month, money will be put there to clear those arrears. I give you that assurance. And we will try to do it in a way that reaches as many people as possible up front, even if we have to stagger those to whom we owe large amounts,” she said.