No Victimisation Of Mr. McDowall 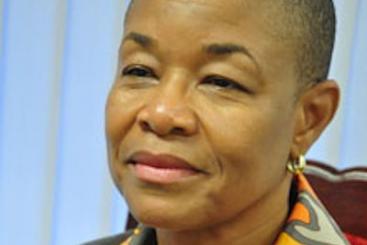 There was no victimisation of the National Union of Public Workers’ President, Akanni McDowall, by the Personnel Administration Division (PAD), says Chief Personnel Officer, Gail Atkins.

Furthermore, says Ms. Atkins, PAD did not have an “ulterior motive” for removing Mr. McDowall from the post of Health Planning Officer, in which he recently acted.

There have been claims in the media that Mr. McDowall was demoted from the acting post of Health Promotions Officer. However, according to the Chief Personnel Officer, the PAD has no record of Mr. McDowall ever having held such a post.

She explained that one post of Health Promotions Officer was created in 2009, and the officer who filled that position was subsequently promoted and another person, not Mr. McDowall, took up the post.

“I do not know of any other post of Health Promotions Officer in that Ministry. Therefore, the Personnel Administration Division cannot substantiate Mr. McDowall’s claim based on the data we have. Our assignment record shows that he was, and is an Environmental Health Assistant,” she pointed out.

She explained, however, that he acted as an Environmental Health Officer from July 28 to December 31, 2015, and went back to his substantive post from January 1, this year.

According to her, PAD made a query of the Ministry of Civil Service about filling the vacancy, the permission was granted and the relevant correspondence sent to the Public Service Commission, which accepted the recommendation for Mr. McDowall to act.

Ms. Atkins added that the Ministry of Health subsequently pointed out to PAD that it had requested an officer with a background in Economics and not Public Health, as Mr. McDowall has.

“The Ministry of Health indicated what its needs were; we made an assessment of the needs and found they were justified and we went back to the Public Service Commission,” she stated.

She said PAD advised that Mr. McDowall’s acting appointment should cease, and an officer with the requisite qualifications was recruited.

She has insisted that contrary to the union’s suggestions, the new holder of the post meets the qualifications and stressed that Mr. McDowall’s return to his substantive post had nothing to do with him being the President of the National Union of Public Workers.