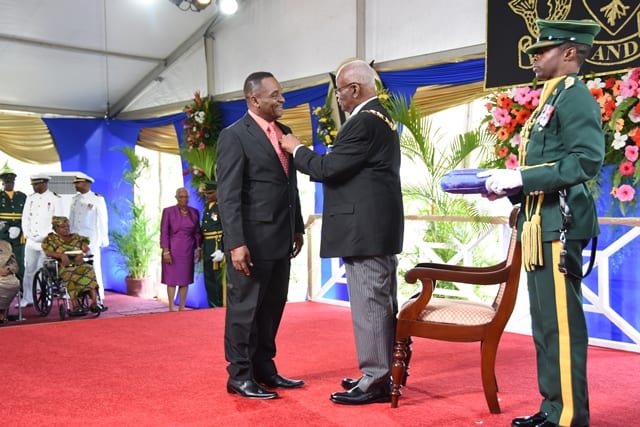 Barbadians are invited to nominate their fellow citizens for the 2016 National Independence Honours.

Nominees should be outstanding in sport, science, the arts, culture and civic or other areas, or have provided meritorious service in the military or protective services.

THE CROWN OF MERIT is awarded in two grades (Gold and Silver), for highly meritorious service or achievement in science, the arts, literature, sport, civic duties, or any other endeavour worthy of national recognition. Honorary awards in these categories may be made to persons who are not citizens of Barbados.

THE BARBADOS SERVICE AWARD is awarded in two grades (Service Star and Service Medal) for meritorious work in the civil, fire, military, police, prison or other protective services, or in any other field of endeavour. However, no honorary or posthumous awards are made in this category. THE BARBADOS BRAVERY MEDAL is given for acts of bravery in hazardous circumstances, and may be awarded posthumously.

Completed nomination forms must be submitted by Friday, July 29, to The Secretary, National Honours and Decorations Advisory Council, The Cabinet Office, Government Headquarters, Bay Street, St Michael. Further information may be obtained by calling 435-5589, or 436-6435, extensions 5079 or 5199, during office hours.