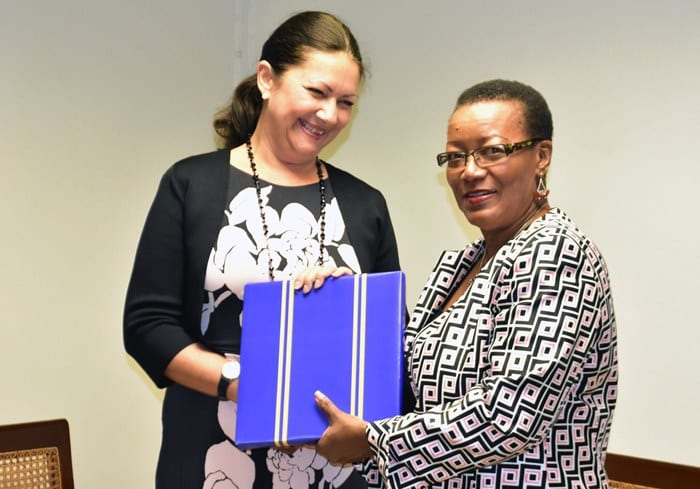 Minister of Foreign Affairs and Foreign Trade, Senator Maxine McClean, recently met with the newly-elected Ambassador of the Kingdom of Norway, Ingrid Mollestad.

Climate change was high on the agenda, as Ambassador Mollestad disclosed that it was an important area of focus for Norway, and could also potentially be an area for future collaboration between the two countries.

Senator McClean agreed, and stressed the importance of climate change in light of the resounding impact it has on everything around it, including the hurricane season and the economic sector.

She also mentioned that following the recent damage done to the Great Barrier Reef in Australia, she was especially concerned about the local coral reefs, and said she believed they should be closely monitored.

The officials also discussed their interest in renewable energy, and pledged to keep in contact in hopes of collaborating in this area, and also to maintain their “excellent” relationship.