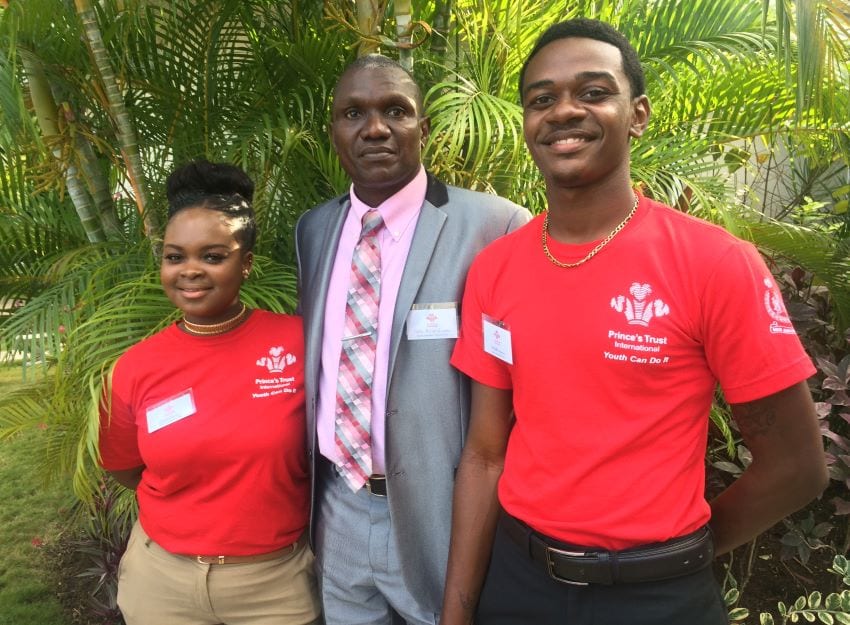 The Prince’s Trust International has been praised as a strategic intervention for engaging with at-risk youth.

Delivery Manager with the Trust, who is also an Inspector with the Royal Barbados Police Force (RBPF), Roland Cobbler, made this observation during an interview with the Barbados Government Information Service.

Mr. Cobbler explained that while the RBPF’s Juvenile Liaison Department caters to children ages six to 16, the trust offered an avenue for the force to extend its reach to youngsters beyond 16 years who are at a crucial and sensitive stage in their lives.

“Sixteen to 25 years is the age group identified as where young people are more likely to become involved in anti-social or criminal behaviour.  We found the Prince’s Trust International programme to be very critical in us working with young people since this gives us another strategy in which we can engage them,” he said.

The programme is an offspring of the Prince’s Trust, a UK charity established in 1976 by His Royal Highness the Prince of Wales, which is aimed at getting disadvantaged and vulnerable youth into education, employment or training.

While the global charity started in 2015, it was introduced as a pilot programme in Barbados in 2016 by Chief Inspector Chris Conrad of the United Kingdom’s Metropolitan Police Department.

The trust partnered with the RBPF to implement the initiative, as a way to create positive opportunities for young people. 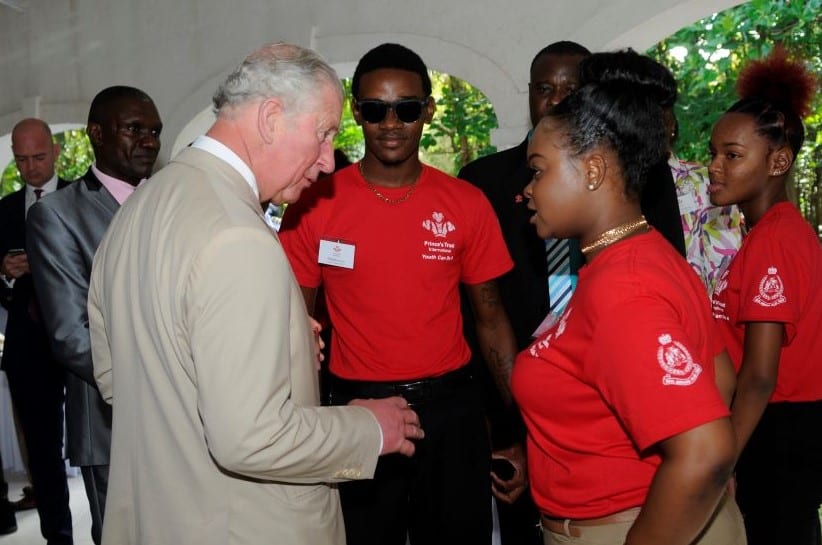 His Royal Highness The Prince of Wales chatting with members of Prince’s Trust International during a recent reception. (BGIS)

“That programme was referred to us so we could identify its cultural viability here in Barbados.  We then recognized that this programme was meeting its entire objective. It targets at-risk young people between 16 and 25 years, who are not employed, or who are not engaged in any formal aspect of educational or vocational training.

“Having facilitated the programme in 2016, we subsequently ran five additional programmes, and each programme has met its objective.  We now have young people who came out of school with a lack of formal education and because of the developmental component of the programme, 95 per cent of them passing through The Prince’s Trust International to date have actually either gone back into formal education or vocational training, or have some form of employment,” Mr. Cobbler boasted.

“They do at sea drills; they do a hike where they learn personal and social skills. There is a project where they identify any community in Barbados which needs some sort of enhancement or upgrade.  We teach them the necessary skills on how to raise funds and approach businesses for support.  So, for example, they have worked with the Salvation Army’s feeding programme….  They are taught how to write CVs and we have resource persons who come in to teach job interview skills,” he stated.

Eighteen-year-old Josiah Shepherd was pleased he participated in The Prince’s Trust International, and got the opportunity to meet Prince Charles during his visit to Barbados last month.

He said: “It helped me to be a better person.  When I was going to school I was a very troubled kid.  I did the Juvenile Programme with Sergeant Hallam Jemmott and Mr. Cobbler and that is how I got into The Prince’s Trust International.  It brought out my inner confidence; I can do the things that I thought I couldn’t do.  From the Prince’s Trust programme I also have a farming business located in Pilgrim Road, and I look forward to extending it.” 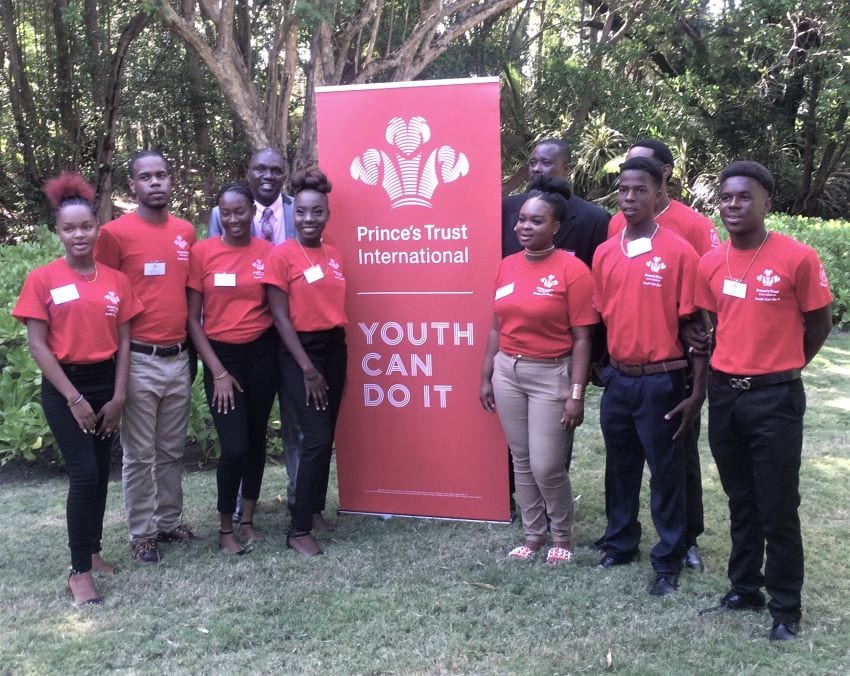 Participants of the Prince’s Trust International pose with Delivery Manager with the Trust, Inspector, Roland Cobbler and Sergeant Hallam Jemmott of the Juvenile Liaison Progamme. (BGIS)

Danielle Small said she too had benefited from The Prince’s Trust International. “Normally, I wouldn’t see myself doing an interview with the media, but now I can do it.  It helped me with public speaking and I learnt how to do CVs, so I no longer have to ask someone for help,” she said.

The 19-year-old added that through the programme she received a job attachment at the Marriot Hotel, and shared that she was now employed at Burger King.  Danielle said she also has plans to pursue a career in cosmetology.

Mr. Cobbler said that the RBPF was delighted to be a part of The Prince’s Trust International, and noted there are plans to expand it. “We have some young persons who have relished that opportunity to become involved in positive activity,” he contended.

Outside of Barbados, The Prince’s Trust International also collaborates with local partners in Australia, Canada, Greece, India, Jordan, Malta, New Zealand and Pakistan, to create positive change and enhance the lives of at-risk youth between 13 and 30 years.