Festivals such as the Oistins Festival celebrate Barbadian culture and highlight the value of our social history, as well as the story of the masses.

This is according to Minister of Creative Economy, Culture and Sports, John King, who was speaking during the rebranded festival held over the Easter weekend.

Applauding the new organizing committee on the theme, “Oistins Reimaged”, he praised them for paying tribute to cultural heritage, while introducing new activities and concepts.

Mr. King noted that they acknowledged seafaring Barbadians by staging the boat pulling and the net throwing competitions, while exciting patrons with the children’s Easter Bonnet Parade and heritage scrolls.

“The theme certainly is in keeping with the objectives of government.  Festivals such as this highlight the value of our social history and the story of the masses.  It showcases their traditions and practices that come out of their daily lives. It allows everyone to understand that they have a stake in this society.  In seafaring communities such as this, we celebrate practices such as fish boning, net making, boat building and the seafood cuisines.

“We celebrate these cultural practices and the important figures that contribute to our communities, such as Berinda Cox. Why? So that we do not forget our heritage and allow future generations to experience the pride which comes with the positive promotion of what is theirs,” he explained.

The Culture Minister gave his blessing to the new organizing committee of the festival which is headed by Toni Thorne. He also thanked the previous organizers, including Lady Stella St. John, Dr. Dan Carter and Mr. Herbie Yearwood for their “sterling service”. 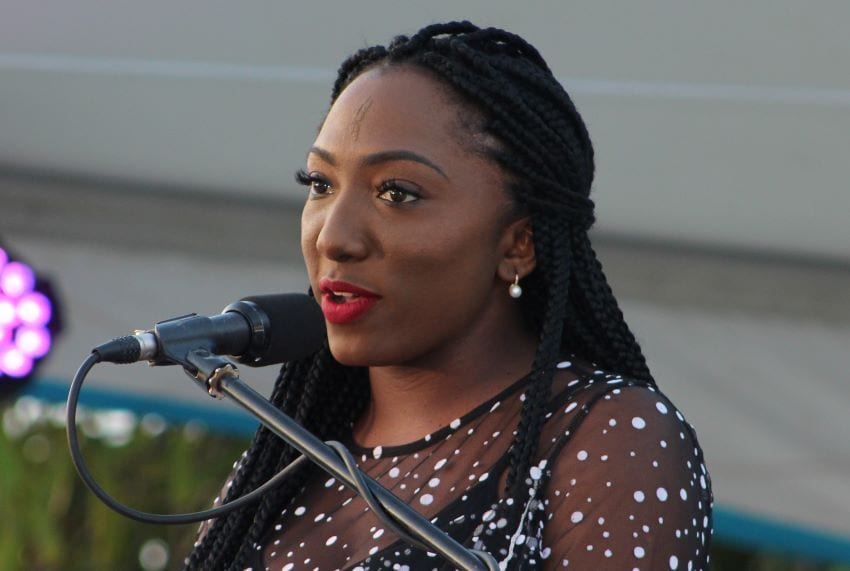 “In a time when as a nation, we express concern about the activities of our youth, it is heartening to see the team of young persons, as young as 18 years old willing to step forward, volunteer and undertake the planning of a national festival.  They ought to be congratulated as this augurs well for the sustainability of our cultural heritage.

“When our youth stand for something positive, we need to support them.  They will do things differently.  But, we must remember the flow of life, that is, with age comes the experience and hopefully wisdom that we pass on, but youth brings vigour, excitement and energy to pursue new ways, of reimaging the path forward,” he said.

Minister King added that Oistins is a major hub that could further develop economic activity for the creative sector.  He also called for greater use of local resources, upcycling and using items that would normally be disposed to make intricate and unique pieces of art.