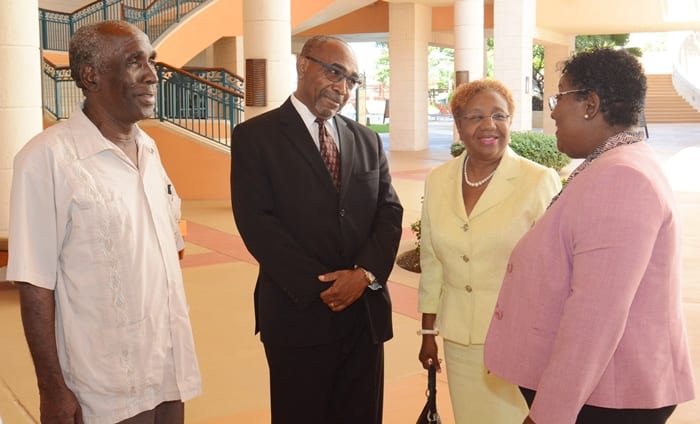 Public officers will soon be able to study and upgrade their skills online through new initiatives from the Training Administration Division (TAD).

The 50-year-old institution launched its Chapter 50: Entering the E-Environment, featuring a new-look website, a virtual classroom and a mobile application, at the Hilton Barbados Resort yesterday.

And, it is a move that has come in for high praise from Minister of State in the Prime Minister’s Office, Senator Darcy Boyce. “Internet-based technologies will undoubtedly result in enhanced levels of productivity, as public officers will be able to learn at their own pace, access information at a time that is convenient for them and equally important, learning can be accessed by remote students that otherwise would not be able to travel to a classroom,” he explained.

Senator Boyce highlighted a number a number of areas of which public servants needed to be more aware. These areas include aspects of the various trade and integration agreements, especially the CARICOM Single Market and Economy; the internationalisation of the economy; globalisation; environmental issues; competitiveness; productivity issues and human resource management issues.

The Minister suggested that knowledge in these areas could be disseminated in a number of ways, including creating case studies; disseminating learning; through workshops; seminars and conferences and the hosting of webinars by public officers.

Mr. Boyce added that the move would also introduce new ways of supporting public service learners as they acquired new knowledge and skills to facilitate a more efficient and effective approach to the execution of their duties.

In fact, he remained optimistic about the possibility of developing a virtual public service college over time and not just a virtual classroom.

At the same time, the Minister cautioned the TAD against starting the process and resting on its accomplishment. “My advice would be to always ensure that your products are of quality, and that you should be steadfast in pursuing rigorous marketing strategies that will position the Training Administration Department as a learning provider of choice,” Senator Boyce said.

The launch also saw the signing of a Memorandum of Understanding between the Higher Development Education Unit  of the Ministry of Education, Science, Technology and Innovation, and the TAD, which will guide the process forward.