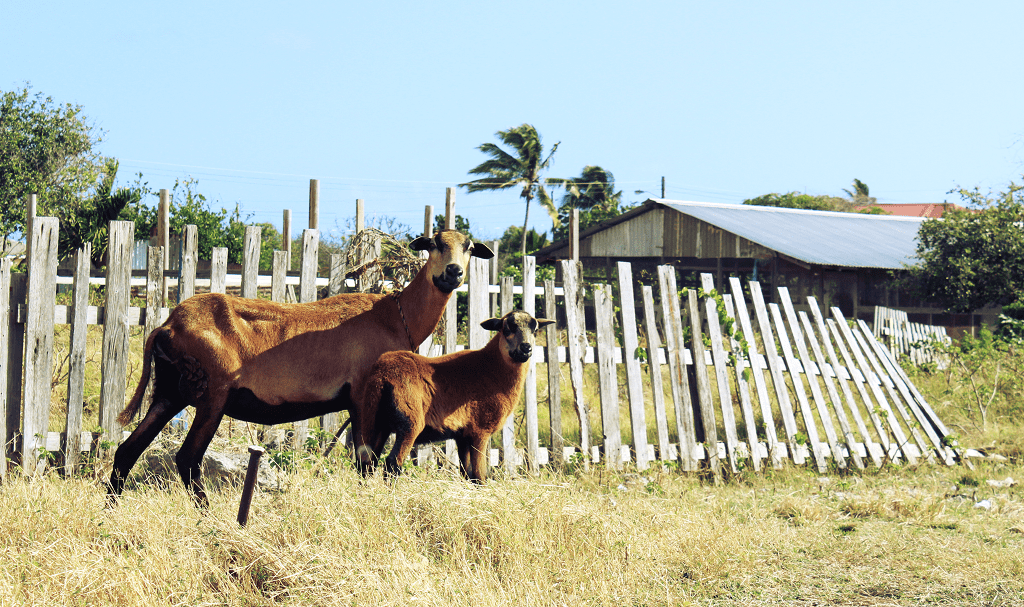 We often see them frolicking around in green pastures and open spaces.

Ranging in colour from light tan to dark mahogany red, with black facial stripes and legs, the Barbados Black Belly sheep is a breed of domestic sheep indigenous to the island.

Known for its ability to shed its wool, its capacity to adapt to a wide variety of climates and terrain, high resistance to parasites, and docile nature, the black belly sheep is often a talking point among local agriculturalists, as the general feeling is that not enough attention is being paid to this ovine breed.

Among those to hold this view is Chief Agricultural Officer in the Ministry of Agriculture, Food, Fisheries and Water Resource Management, Lennox Chandler, who, during a recent interview with the Barbados Government Information Service, was quick to point out that in the case of the Black Belly sheep, “too much talk”, was taking place and not enough action.

Stating that the local sheep was considered an expensive, gourmet meat, Mr. Chandler noted that it was nice in flavor and carried little fat.

“First off, you have an animal that produces four or five in one litter, but again I want to state that we have not paid enough attention to branding and marketing. You have New Zealand lamb which is 15 years in the fridge and doesn’t have the flavour like Black Belly sheep. So, again, we have to revisit and refocus on that little sheep which has a lot to offer.”

The leather from the sheep, which according to the Agricultural Officer is superior to any leather that one could get in any part of the world, is also supple, smooth and soft in texture. He further stated that the leather, hooves and all the parts of the sheep could also be utilised to produce quality products.

He pointed out that in large industrial societies, 85 per cent of the economy was driven by micro and small businesses, while in Barbados, the last report indicated that small businesses were down to between 50 and 55 per cent.

“Our economy is not going to grow if we just sit down and wait on a big Pine Hill Dairy to come, or another big Intel…You develop your micro, small and medium-sized industries. We have lapsed on that tremendously and as a result, we don’t have the infrastructure in place for it at the level of financing, other incentives and other relations, whether it is merchant banking, etc.,” he lamented.

The agricultural official said that another area that needed development with regard to the Black Belly sheep was identifying new sources of feed for livestock, especially during times of drought. Mr. Chandler explained that this was essential as a means of providing an alternative source to concentrates from Pinnacle Feeds and other places.

He continued: “We plan on investigating shrubs such as mulberry. We have to see everything that we do as having the potential to create an industry, and a simple thing like mulberry as livestock feed goes beyond that. As mulberry is also wine; it’s cosmetics; it’s all these things that you can create just out of a simple plan.”