Over 100 Evacuated From Dominica 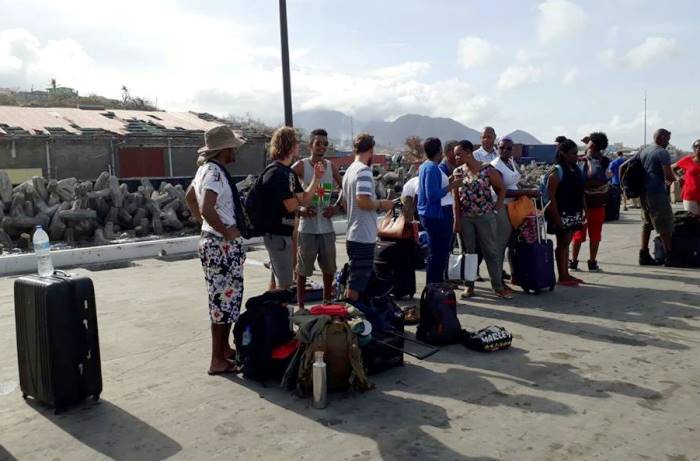 Persons waiting in line to be evacuated from Dominica following the passage of Hurricane Maria. (M.Elcock/BGIS)

The Barbados Coast Guard has evacuated over 100 persons from Dominica to date, and it is anticipated that its disaster relief operations would continue into November 2017.

Captain Moore thanked all private citizens and organisations for their donations thus far, and encouraged them to continue to do so. “Persons in Dominica are in dire need of water, non-perishable food items, toiletries, medical supplies, water purification tablets, baby items and sanitary/hygiene items,” she stated.

According to her, all deliveries should be made to the Barbados Coast Guard Headquarters, HMBS PELICAN, Spring Garden, St. Michael, between 9:00 a.m. and 5:00 p.m.

The BDF, under the auspices of the Caribbean Disaster Emergency Management Agency and the Regional Security System (RSS), is conducting disaster relief operations in support of the Government and people of Dominica.  That Caribbean island was severely impacted when Maria, a category five hurricane, bore down on it on September 18.

Captain Moore explained that the BDF deployed personnel as part of the Caribbean Disaster Relief Unit, a security team as part of the RSS joint task force, and a team of engineers, who will work with the Government of Dominica to repair critical building infrastructures.

She added that the BDF team also comprises medical personnel who have been “working assiduously” to assist in the restoration of medical services to the people of Dominica.