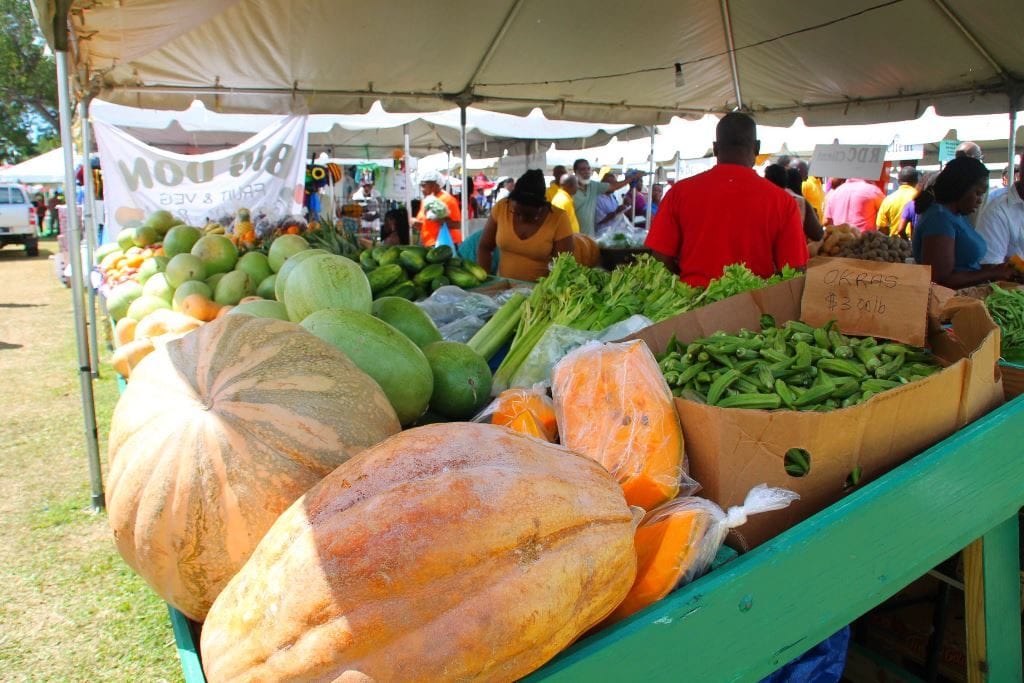 The Barbados Agricultural Development and Marketing Corporation (BADMC) will soon provide a boost to farmers seeking to locally market crop produce with the establishment of a new Pack House operation at its Fairy Valley Plantation, Christ Church headquarters from next month.

Details of the new initiative were shared recently with stakeholders during an orientation meeting that included the Corporations’ CEO, Shawn Tudor, members of its Agricultural Services Division, 70 farmers, the Barbados Hotel & Tourism Association (BHTA) and the developers of Sam Lord’s Castle, the Wyndham Grand Resort.

In this regard, he explained that the Pack House project would “efficiently bridge these gaps by synchronising farmer-producer supply of homegrown produce with market demand and by facilitating accurate produce grading and packaging to ensure that as much demand as possible is met by local productive capacity”.

Mr. Waithe continued: “Introducing the Pack House operation would also improve the quality of both fresh produce and crop-derived agro-processed products, and incentivize year-round supply of traditionally seasonal crops.  It is only through this approach that we can begin to arrest the unnecessarily high food import bill.”

was emerging as a compulsory requirement to secure potentially lucrative fresh produce supply contracts with the cruise line and luxury hotel entities doing business in Barbados.

Meanwhile, Michael Phillips, from Sam Lord’s Property Development Inc, shared a presentation on the property and how the project would benefit the hotel when opened.

He said: “Tourists are increasingly looking for authentic experiences. This extends to their consumption of food and beverage offerings because of the resort’s strong sustainability positioning.

As part of our fare, Farm-to-Fork, organic, vegan and paleo options will be featured in Sam Lord’s Castle’s restaurants. This represents a tremendous opportunity for the local farming community. So, we look forward to continuing our work with the BADMC and other stakeholder constituencies in their efforts to improve the consistency and quality of supply, which I think are critical concerns for the hospitality sector as a whole.”

Also present at the event was the BHTA’s Agronomy Consultant, Steve Skeete, who spoke to the organisation’s continuing efforts to accurately forecast hotel demand for agricultural products and to establish a framework to facilitate increased patronage of local farmers by the sector.