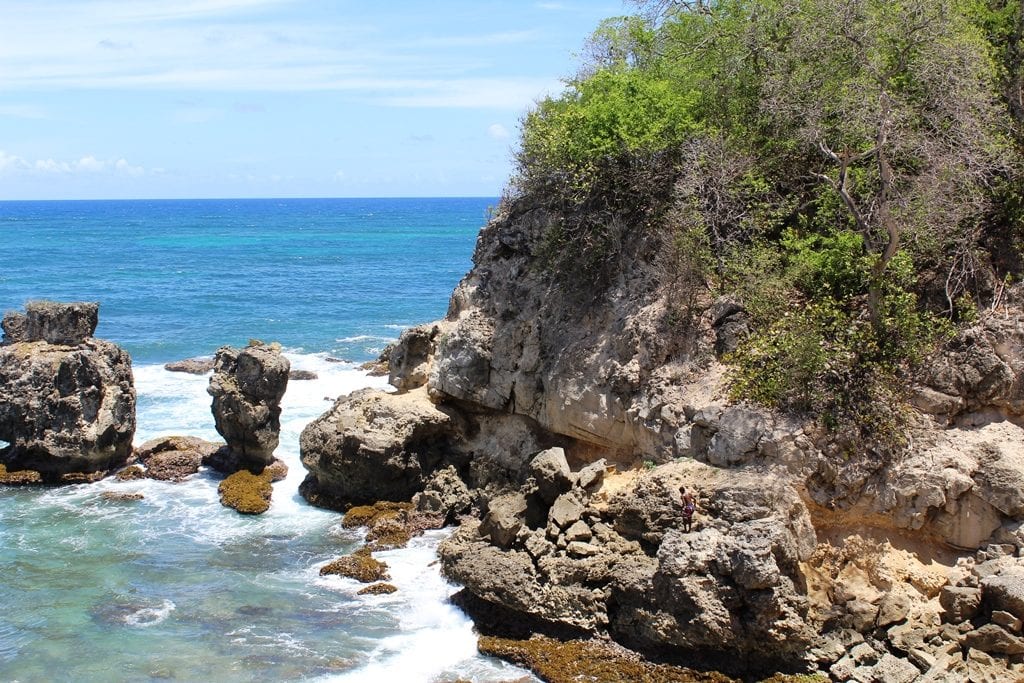 When the average person hears of a park, they instantly think of an area where children play, one that is equipped with slides, see-saws, swings and other recreational items. However, the Barbados National Park brings a completely different dimension to that concept.

Barbados’ Physical Development Plan Amended 2003 defines the National Park as one which “encompasses a wide range of land use activities, from forestry and conservation to tourism, resource extraction and village settlements, and includes many unique wild landscapes”.

In the words of former Chief Town Planner, Lionel Nurse: “It is an area that is different from the rest of Barbados because of its geology and typography. It is perhaps the most spectacularly beautiful part of the country. It is an area that has some challenges for normal development…”

He also described the National Park as an area which was “specially crafted by the work of human beings and nature of a particular time, within a particular historical and cultural context. This combination of human activity… and outstanding landscapes and ecological assets, makes a very special area”.

It captures some of Barbados’ most popular attractions and valued natural treasures, such as the Welchman Hall Gully, Jack-in-the-Box Gully, and Harrison’s Cave all in St. Thomas; Turner’s Hall Woods, St. Andrew; Codrington College, St. John; the Barbados Flower Forest in St. Joseph; and the Morgan Lewis Mill, St. Andrew.

“So this is a special area. It is perhaps the most isolated area in Barbados. It is peripheral to the major developments within the country. For these reasons, it was always a special place and should be treated specially and differently,” the former Chief Town Planner pointed out.

However, Mr. Nurse made it clear that the Barbados National Park was not a reserve for animals, a restricted area or one where land had to be acquired. “…Most of the National Park area is private property and it will remain that way,” he stated.

He added that while major industrial-type developments would not be allowed in the National Park, there would be a greater emphasis on agriculture, conservation and tourism, particularly that relating to recreation sites, sightseeing, hiking, walking trails, and visiting historical sites.

“So that you have activity that can be economically beneficial and is pleasant, but you preserve the quality and characteristics of the area without destroying it,” Mr. Nurse said, while noting that like all other parks in the country, the National Park would also be controlled by the planning laws.

He explained that the main idea behind the concept of the National Park was centred on how the area would be managed so it could be of benefit to everyone, while at the same time preserving and conserving its natural beauty. To achieve this, Mr. Nurse said participation and cooperation between the general public and landowners would be critical.

He suggested that this could be done through the formation of working agreements between landowners and Government through its various agencies, or between landowners and themselves and the general public, to allow for broad access to the countryside beauty without infringing on the private rights of individual landowners’ privacy.

The Barbados National Park was officially launched by Prime Minister Freundel Stuart on June 1, at the Natural Heritage Department, the agency with overall responsibility for its management.

Mr. Nurse said the concept of Barbados having a National Park was one born as far back as 1977 following feasibility studies conducted on the country’s landscape.

He added that a detailed study entitled: The Barbados National Park was conducted in 1983, and it was included in a revised Physical Development Plan in 1986 for the first time, accounting for the first recognition of the park.

This was followed by a number of study tours, and improvements to the proposed park system that were included in the 2003 revised Physical Development Plan.

That department was also charged with coordinating the work on national biodiversity, and has since formed linkages with the National Conservation Commission to set up and manage National Park visitor centres.