Past Members Of The Bar Honoured 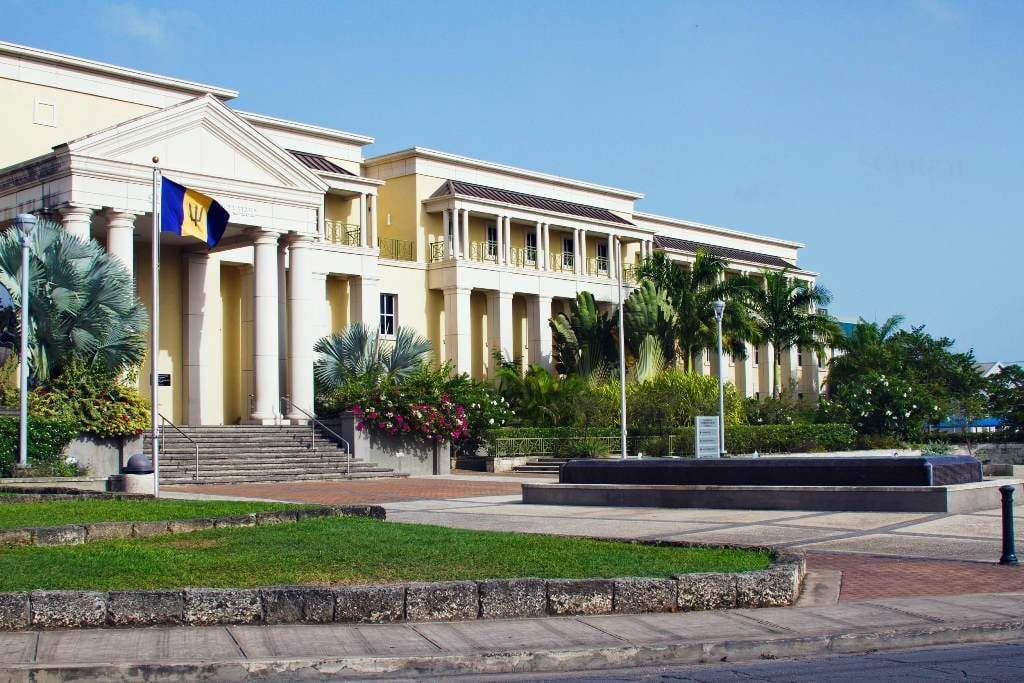 Members of the legal fraternity of Barbados gathered last Friday at the Supreme Court for a special sitting to pay tribute to several past members who are now deceased.

Expressing his condolences, Acting Attorney General, Michael Lashley, told members of the Bar, close friends and relatives gathered that the individuals being honoured “would have no doubt” made an outstanding and invaluable contribution to this country’s legal system.

“Collectively, they would have dedicated more than 100 years of service to this country, particularly the public service, and indeed throughout their legal profession. They were standing bearers – strictly adhering to the ethics of the profession and carrying out their duties in a professional and admirable manner,” he maintained.

Mr. Lashley spoke to Mr. Edwards’ character, remembering him as a “meticulous lawyer, and a stickler for details”, who was fair and balanced in the dispensation of justice.

“If I can speak to his role as a prosecutor, he kept that pristine, not only seeking conviction, but indeed being fair, balanced and indeed making sure that fairness prevailed in the court,” he stated.

The Acting Attorney General characterised the late Director of Public Prosecutions, Charles Leacock, who was appointed to the public service in 1998, as “one of the giants of the legal profession”.

“He was the head of Public Prosecution in this country and provided outstanding leadership to the DPP and criminal prosecution service…his contribution in and outside of the courtroom has helped to advance and improve our criminal justice system,” Mr. Lashley noted.

He added that Mr. Leacock’s aim was also not to “secure a conviction”, but instead to leave no stone overturned in ensuring that there was fairness in the courtroom.

Colleagues of Theodore Walcott also shared positive words about him and his contribution to the island’s legal system and shared their condolences at his passing.