Performing Arts Centre In The Works 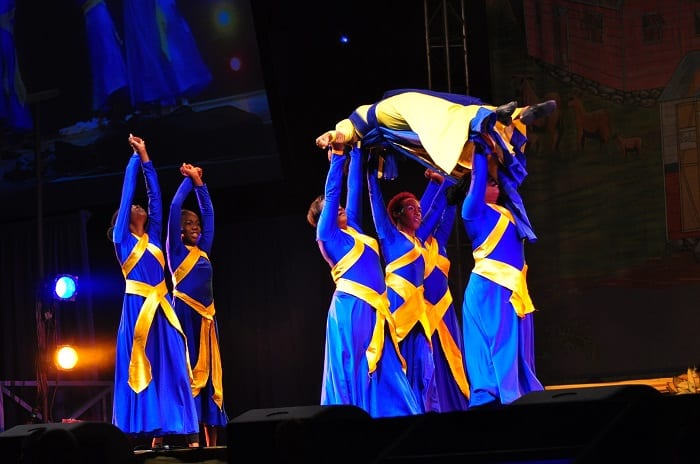 Government is in discussion with a Chinese company on the development of a Performing Arts Convention Centre on the Needham’s Peninsula, just outside Bridgetown.

This disclosure came on Monday evening from Acting Prime Minister, Richard Sealy, as he delivered remarks at a reception at Accra Beach Resort to mark the 67th Anniversary of the Founding of the People’s Republic of China.

Mr. Sealy told his audience: “We are confident we can get that agreement signed by the end of the year. And, our information from the Exim Bank officials, who were recently in Barbados, is that the application for the centre will be favourably considered. So we will have the resources to complete that centre.

“We are also expecting as well, again through a loan from the Exim Bank, the commencement of the Airport Refurbishment Project that will include five jet bridges, long overdue; and, of course, a brand new control tower.”

The Acting Prime Minister noted that Barbados and China have shared friendly and cooperative relations over the years. He described the friendship as “engaging, productive and rewarding”, and highlighted other initiatives currently being undertaken.

He pointed out that the current rehabilitation work on the Garfield Sobers Sports Complex was being facilitated by grant funding from China. “Grants are rare in this day and age and to get one to that magnitude to repair that wonderful facility is deeply appreciated,” he stated.

Mr. Sealy noted that work had started on the redevelopment of the Sam Lord’s Castle as a result of a US$170 million loan from Exim Bank. In the area of education, he stressed that Barbadians had benefited from scholarships, training seminars and tangible donations to assist in several Government initiatives such as climate change mitigation, trade and commercial activities.

In relation to projects in the pipeline, the Acting Prime Minister said Government was keenly looking forward to receiving word on the Hope Project and the UWI Centre for Food Security Project.

He commended China on its development and prosperity, and proffered the view that it was due to the “commitment, hard work, determination and foresight” of the Chinese people.

Barbados will celebrate 40 years of bilateral relations with China in May 2017.