Period Of Mourning For Sir Clifford 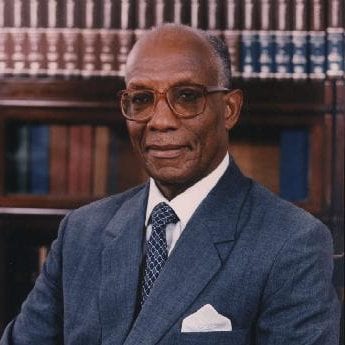 There will be a period of mourning for late Governor General Sir Clifford Husbands from Wednesday, November 1, to Friday, November 3.

During that period, all flags should be flown at half-mast, until after Sir Clifford’s burial, which will take place following his State Funeral on November 3 at St. Lucy Parish Church, beginning at 10:00 a.m.

Condolence books for the late Governor General will be available for signing on Wednesday, November 1, and Thursday, November 2, at the Supreme Court, Whitepark Road, St. Michael, from 8:15 a.m. to 4:15 p.m. both days.

A condolence book will also be placed at Harrison College during the period of mourning, between 9:00 a.m. and 3:00 p.m.

Sir Clifford was appointed as Barbados’ sixth Governor General in 1996 and served until his retirement on October 31, 2011. He passed away on Wednesday, October 11, at the age of 91.