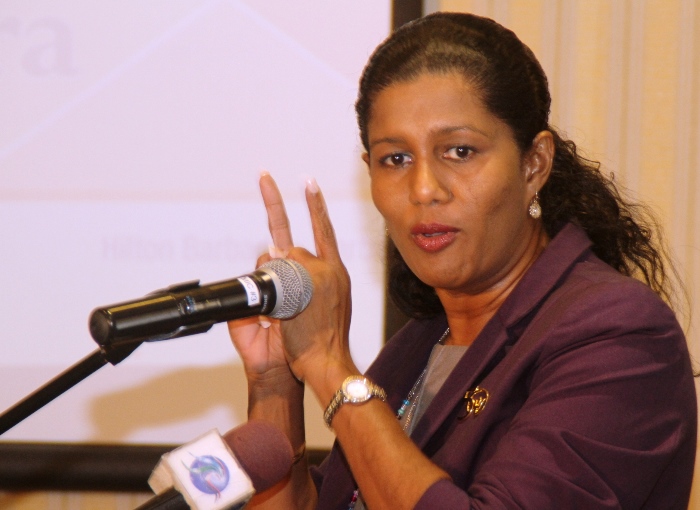 She made this appeal yesterday at the opening ceremony of the Caribbean Electric Utility Service Corporation’s (CARILEC) Occupational Health and Safety Seminar, which was co-hosted by the Barbados Light and Power Company Limited (BLPC), at the Hilton Barbados Resort.

Senator Byer Suckoo lauded the seminar’s theme: Safety a Value Not a Priority, and explained why this way of thinking was critical in the business sector.

“When we say that something is our value, it means that it is not going to shift because our priorities shift [or] because our budgets shift…That is where we need to put safety in our organisations. It needs to be in our DNA and exemplified by all…

“For safety to be embedded in our DNA we must have as our organisation’s values care, commitment and communication. Those must be values as well because they are all linked,” she stated.

While noting that the passing of legislation such as the Safety and Health at Work Act in 2007 was useful in keeping some entities in line, the Minister said she was particularly pleased with companies like the BLPC, who made safety a value without being “policed” or forced to do so.

She further stated that this was a testament to the BLPC’s “duty of care” and their commitment to spreading a “safety culture” throughout the work place.

“We have been focusing our efforts on sensitisation and training because that is the first step. We don’t want companies to be following the law just because there are penalties attached, [but rather] due to sensitisation on the value of occupational health and safety,” the Labour Minister said.