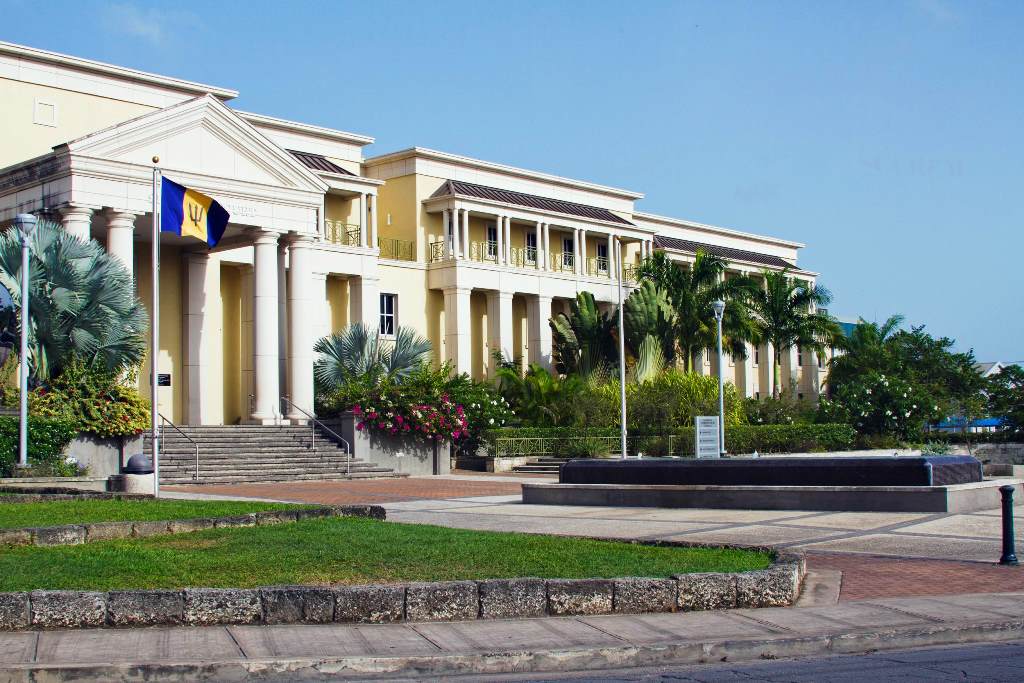 The Supreme Court Complex at Whitepark Road, St. Michael, should be restored and operating within the first quarter of next year.

Meanwhile, plans are in the pipeline for Barbados to have a dedicated family court and two commercial courts to assist with alleviating the backlog in the justice system.

Attorney General, Dale Marshall, made these announcements during the admission of 48 new attorneys to the Bar during a Special Sitting of the Court at the Lloyd Erskine Sandiford Centre today.

Noting that Government faced a rental bill of $210,000 per month to facilitate the Court’s temporary location, Mr. Marshall said Cabinet will soon be asked to award the contract for the remediation of the roof of the Whitepark Road Complex and other remedial work to be done.

“This is not only an imperative from the point of view of the full integration of the operations of the Supreme Court from a single place in purpose-built facilities; it is also a financial imperative,” he stated.

He added that the monthly rental costs had nothing to do with the opportunity costs of locating the Criminal courts to the new complex at Cane Garden, St. Thomas, and the storage of files in a renovated vault at the old CXC headquarters at The Garrison.

Meanwhile, the Attorney General told members of the Bench and the Bar that in addition to the provision of three temporary judges, Government would also be moving assiduously to set up a dedicated family court with at least two judges, and two commercial courts.

“These measures will have the effect of increasing the size of the Bench and help to bring efficiency to those functions and to the dispensing of justice,” he noted.