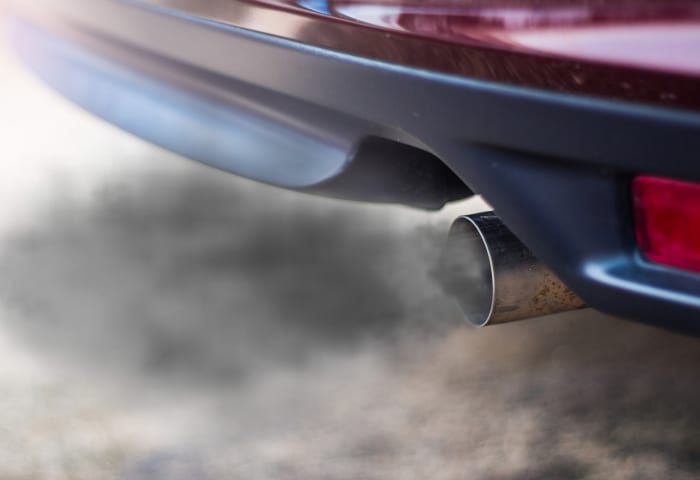 Minister of the Environment and Drainage, Dr. Denis Lowe, has announced plans to establish an emissions testing programme as a means of reducing the incidence of asthma and other respiratory ailments that are impacting the health care sector.

He made the announcement during a courtesy call with Italy’s Special Envoy to the Caribbean, Paolo Serpi, at Parliament Buildings recently.

Dr. Lowe said all vehicles will be subjected to testing before they hit the roads and he disclosed that the Ministry was working closely with garages to set up testing facilities to improve the overall air quality.

He added: “A lot of people are exposed to vehicle emissions and it is now beginning to evidence itself in the health care sector where there is an increase of asthma in the country and a number of respiratory challenges to the population.”

The officials also discussed how the two countries could collaborate on climate change in light of the region being impacted by more powerful hurricanes.

The Minister noted that although Barbados had not been impacted by major hurricanes, it was still at risk just like the other islands.

“As you know now from experience, an unwelcomed climate change-related event can destroy our development in a night or two. Therefore, what Government has decided to do, is to pursue endeavours to mitigate and the truth is we have been making some significant progress in this regard,” he stated.

On the topic of green energy, Dr. Lowe said his Ministry’s focus on renewable energy was two-fold – firstly to combat greenhouse gas emissions and secondly, to prepare the society to respond to circumstances that without the implementation of renewable energy infrastructure, could “result in a level of devastation that would cost the country time and resources to recover”.

Dr. Lowe contended: “When you build resilience, you teach your people how to respond to unwelcomed situations and how to recover once those events have occurred.  We are fully engaging our departments within the Ministry and we are working very closely with the Ministry of Energy since they are the owners of a lot of the renewable energy efforts being done in the country.  Barbados has set a target to ensure that by 2029, a minimum of 35 to 40 per cent of our energy supply is renewable.”

In turn, the Ambassador said the first step to the collaborative effort was the signing of the outstanding bilateral Memorandum on Environment and Climate Change and the provision of details on any projects to be financed.

He noted that Italy and Barbados had a lot in common, especially in the renewable energy sector and the Ambassador said he believed the partnership could be very fruitful.