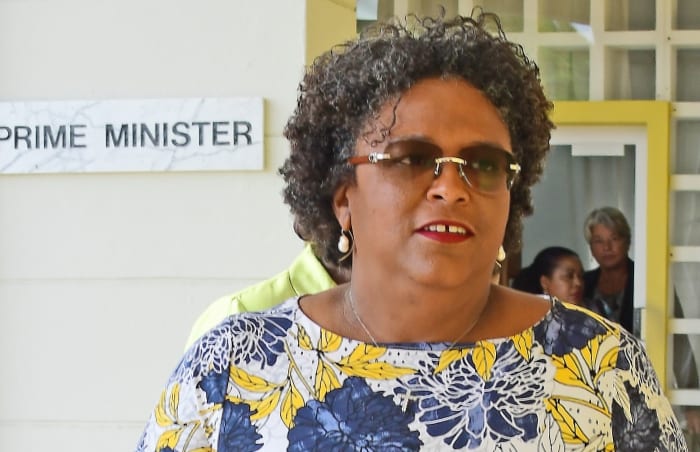 Prime Minister Mia Mottley has described today’s three-hour meeting with the leadership of the Social Partnership as “very good”.

Speaking after the meeting, Ms. Mottley said the membership agreed that the action is so urgent, that dialogue will continue on Friday, in an effort to stabilise the country’s economy.

She continued: “After Friday’s meeting, I will make a statement to the people of Barbados so I can contextualise where we are at this stage.”

The Prime Minister added, however, that discussions with the Social Partnership leadership would be held twice monthly until the country’s economic situation improved.

Ms. Mottley said that all parties were absolutely committed to the country’s fixed exchange rate and the preservation of the value of the Barbados dollar.

She stated that with regard to the way forward, the Social Partnership leaders agreed to consult their membership over the next few days so that they may better prepare for Friday’s meeting.

Today’s meeting was held at Government Headquarters, and was attended by Chairman of the Barbados Private Sector Association, Charles Herbert; President of CTUSAB, Cedric Murrell; General Secretary of the Barbados Workers’ Union, Toni Moore; and President of the National Union of Public Workers, Akanni McDowall, among others.