PM Mottley:“Let Us Raise Our Children Together” 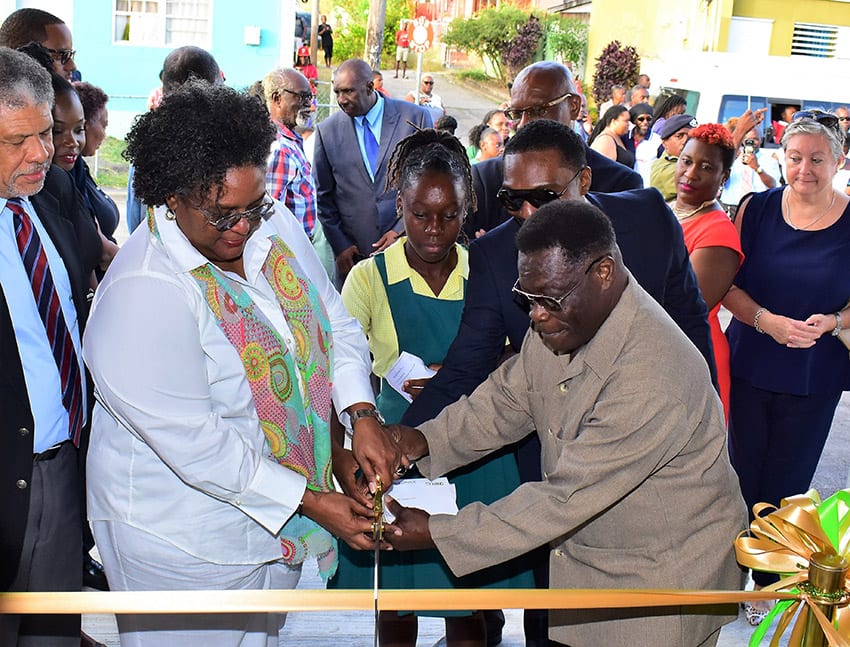 “Let us raise our children together!”

This is the strong plea from Prime Minister Mia Amor Mottley, who said parents, family and the community must work together as a nation to nurture children.

The Prime Minister told her audience: “Government cannot do it alone, you can’t do it alone, but the one thing I know, that working together we can and we shall.”

She reminded all present that life was about choice, and suggested that young people should be raised in a way that ensured their lives could be productive and they could make a difference in society.

She pointed out that government had made its choice with regard to spending money so children could attend the university, Barbados Community College or the Samuel Jackman Prescod Institute of Technology.

Ms. Mottley disclosed that training would resume and be significantly expanded as Parliament recently voted $2.5 million each for cultural training and sports training island wide.

She added that money was also voted for the Trust Loan Fund, as she asserted that her government had broken ground in trusting those small business people with up to $5,000.

“Whether we can continue depends on everybody understanding that we have a role to pay together because if the people who benefit don’t pay back, then the country would not have the opportunity to keep it going….

“But if the people who benefit payback, you get the opportunity to borrow up to twice the amount, so that instead of a $5,000 you borrow up to $10,000,” she explained, urging the recipients to borrow what they needed.

Ms. Mottley emphasized that government was allowing these new entrepreneurs to create a credit history, so they could eventually borrow, if they wished, from the formal banking system.