PM: Nelson Mandela An Inspiration To All 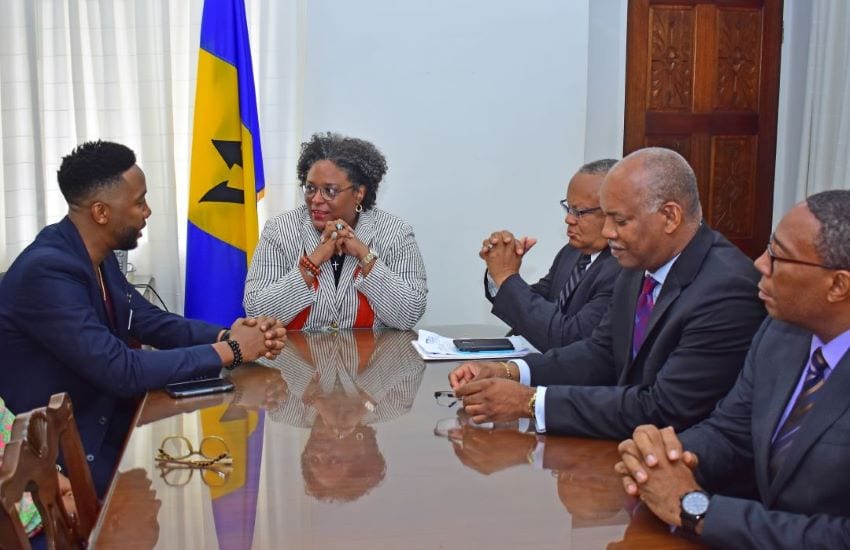 Prime Minister Mia Amor Mottley has described the late South African President, Nelson Mandela, as an inspiration to the world, especially on how to treat people.

Ms. Mottley expressed this view on Thursday afternoon when the grandson of the late President, Ndaba Thembekile Zweliyajika Mandela, paid her a courtesy call at Government Headquarters.

The Prime Minister said that even though the anti-apartheid revolutionary had been incarcerated for almost three decades, 18 of those years at Robben Island prison in Cape Town, he found it within his bosom to move to a higher place, and extended forgiveness for all forms of evil.

She opined that his sincere actions placed him in a form of leadership that was special.  She said if she had one major regret, it would be that she had never met Mr. Mandela, but stressed, however, that he had inspired her.

“I can’t tell you how much your grandfather has meant to me and…a lot of Barbadians….  The principles he stood for are what we want to emulate,” she noted.

Ms. Mottley expressed hope that, not just his family, but the world would continue to uplift and preach his message.

Mr. Mandela said he was enjoying his first visit here, and added that he wanted to return and talk to university and secondary school students.

He said he lived with his grandfather from the age of 11, and last year he wrote the book – Going to the Mountain: Life Lessons from My Grandfather, Nelson Mandela, where he told his life through his eyes as a grandson.