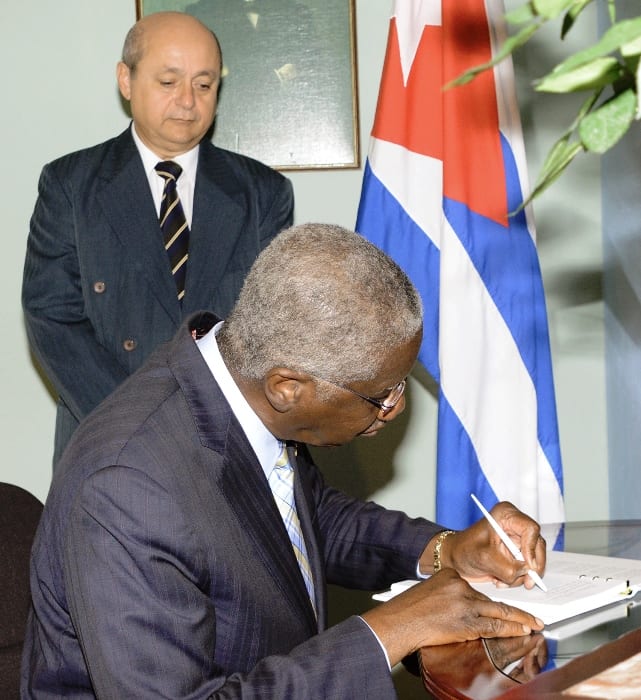 Prime Minister Freundel Stuart today signed the Book of Condolence at the Cuban Embassy for the Commandant in Chief and Leader of the Cuban Revolution, Dr. Fidel Castro Ruz, who died on Friday, November 25.

The Book of Condolence was opened this afternoon, and during the mourning period, until Sunday, December 4, Barbadians may visit the Embassy at #13 Edge Hill Heights, St. Thomas, between 9:00 a.m. and 6:00 p.m. to sign the book.

In paying tribute to Dr. Castro over the weekend, Prime Minister Stuart said: “The death of the former President of the Republic of Cuba marks the passing of an indomitable figure who changed the course of history in his country and the region.

“Fidel Castro Ruz represents as few others do, a symbol of anti-imperialism and continuous struggle for independence. He inspired many revolutionaries around the world to fight for their ideals. His support for the anti-apartheid struggle is a dimension of his legacy that will not be forgotten.”