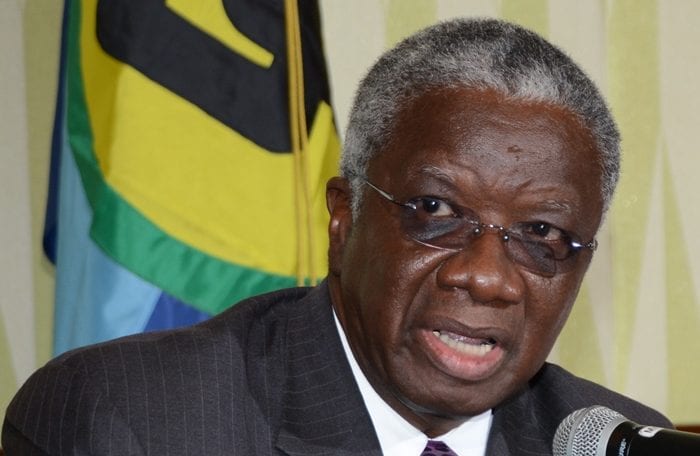 Barbados thinks it is unacceptable that, to date, only four CARICOM Member States have the Caribbean Court of Justice (CCJ) as their appellate jurisdiction.

Prime Minister Freundel Stuart made this clear on Tuesday as he spoke with the Barbados Government Information Service, as the Twenty-Ninth Inter-sessional Meeting of the Conference of Heads of Government of the Caribbean Community (CARICOM) came to a close in Port-au-Prince, Haiti.

Mr. Stuart stated: “We contend that it is a disgrace that after the Caribbean Court of Justice has been in existence for so long, that only four countries have signed on to that court in its appellate jurisdiction.

“I do not buy the argument that there is a division of opinion in the countries that have not signed on to the Court in its appellate jurisdiction, because the biggest decision that CARICOM countries have had to make has been on Independence.

“If we’ve all decided that we want to be independent and we were able to unite the population on those issues, I cannot see why on matters relating to how our disputes are handled and how our grievances are addressed that we still believe that the former colonial master is better than people here in the Caribbean.”

Belize, Dominica and Guyana are the other CARICOM Member States which have the CCJ as their appellate jurisdiction.

The Prime Minister said Barbados held the view that, “you can’t have one foot in and one foot out” in terms of the jurisdiction of the Caribbean Court of Justice. He expressed optimism that the matter would be addressed at the next CARICOM summit in July, and that more definitive answers would be taken on what steps Members States proposed to take to correct the situation.

The Thirty-Ninth Regular Meeting of the Conference of Heads of Government of the Caribbean Community will be held from July 4 to 6, in Montego Bay, Jamaica.