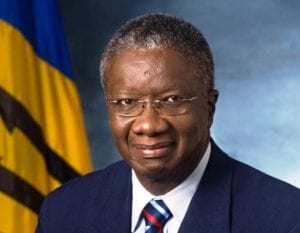 Mr. Stuart made the comments on Wednesday while delivering the feature address at the opening of the three-day Barbados Network Consultation 2016 (4th Diaspora Conference) at the Lloyd Erskine Sandiford Centre, under the theme: One Nation, One Family: Celebrating 50 years of Independence – Shaping Global Citizens.

The Prime Minister said that to date, a number of activities, including iconic events, had been held and they were “very impressive, very encouraging and very well patronised”. These events, he pointed out, “are serving to reinforce our patriotism and our commitment to keep Barbados both growing and glowing”.

He explained that some of the events focus on the historical road travelled by the country, while others project Barbados’ leadership over the last 50 years, and still others highlight the outstanding contribution made by individual Barbadians to the enrichment of our nation’s story.

“Our aim is to inspire all Barbadians, wherever they live, to be the best that they can be, and our own Rihanna is a very good example of that. The activities will culminate with two days of grand celebration at the end of November,” he stated.

Mr. Stuart urged those attending the conference to make plans to join Barbadians in the celebrations. Some of the events to celebrate Barbados’ 50th anniversary include the Barbados Food and Rum Festival, the National Independence Service and the Prime Minister’s Dinner and Ball in November.