PM Thanks China For Its Support 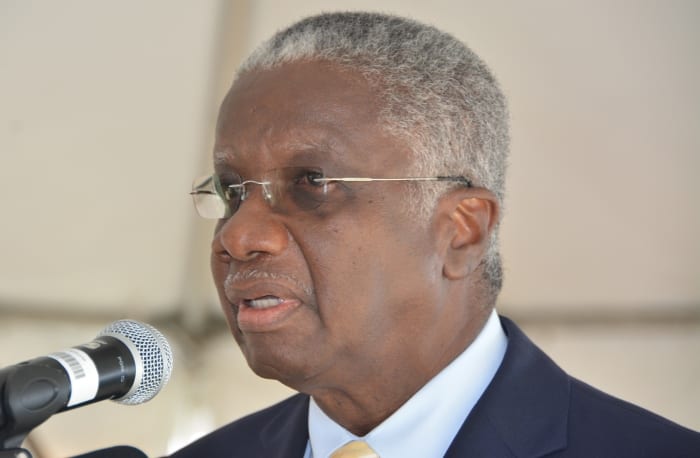 Prime Minister Freundel Stuart speaking at the hand-over ceremony of teaching material by China to Barbados at the Elsie Payne Complex today. (B.Hinds/BGIS)

Prime Minister Freundel Stuart has lauded the contribution of the People’s Republic of China to Barbados over the last four decades.

Speaking today at the hand-over ceremony at the Elsie Payne Complex of teaching material by China to his Government, Prime Minister Stuart said: “The relationship has worked very, very well, and the decision that Barbados took 40 years ago was in consonance with what other countries were doing and what other countries had to do.”

Emphasising that this relationship had “borne much fruit”, he highlighted China’s efforts in building the Wildey Gymnasium in 1992, and praised today’s donation of over BDS $10 million in desktops, laptops, tablets and furniture. Mr. Stuart added that gestures like this would continue to deepen the relationship between the two countries.

“It has yielded benefits and there are benefits to come… there are other initiatives in the pipeline with the Ministry of Education,” he indicated, alluding to the project at The Hope in St. Lucy and the ongoing refurbishments at the Gymnasium.

The Prime Minister thanked the Government of China for being a “loyal” friend to Barbados, and assured that country of Barbados’ continued cooperation and support as it deepened its relationship with the region.