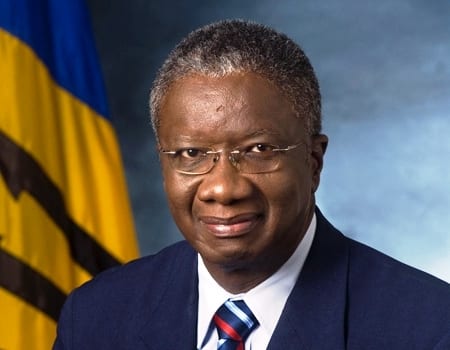 Prime Minister Freundel Stuart will join a number of Heads of State and Governments from the region and the international community in Panama for the formal opening of the expanded Panama Canal this weekend.

Mr. Stuart was invited by the President of the Republic of Panama, Juan Carlos Varela Rodriguez, to attend the ceremony on Sunday, June 26.

The Barbados delegation will include Permanent Secretary in the Prime Minister’s Office, Sonja Welch; and Barbados’ Ambassador to Venezuela, Sandra Phillips.

The Prime Minister said Barbados’ participation in this event was significant, since thousands of Barbadians assisted in the construction of the Panama Canal, which was opened on August 15, 1914.

He noted that at the beginning of the 20th century, many Caribbean nationals, the majority of whom were Barbadians, left their homelands in a quest for economic opportunity. “Many did not return and their resettlement gave birth to a new generation of Panamanians of Barbadian descent,” he said.

It is estimated that approximately 60,000 Barbadians migrated to Panama between the late 19th and the early 20th century. Approximately 15 per cent of the Panamanian population of 3.6 million is of Caribbean descent, chiefly Barbadian, but including persons of Jamaican and Trinidadian heritage.

Mr. Stuart noted: “Barbados’ attendance is an affirmation of the important role of Barbadians in the construction of the original Panama Canal, and the Panamanian authorities are acknowledging our major contribution to this waterway.”

In addition, Barbados has been strengthening its bilateral relationship with Panama over the years. Prime Minister Stuart visited the Central American country in April 2015 and held talks with President Varela, and also met with hundreds of Barbadian descendants who live in Panama.

The President of Panama in turn visited Barbados in July 2015 as a special guest of the Heads of Government of CARICOM, and at that time engaged in bilateral discussions with Barbadian officials, as well as with representatives of The University of the West Indies Cave Hill Campus.

A programme for the teaching of English to Panamanians emerged from those discussions, and several Panamanian students are currently studying English at the Cave Hill Campus.

The expansion of the Canal started in 2007 and the work included building two new sets of locks on the Atlantic and Pacific sides; excavating new channels to the new locks; widening and deepening the existing channels; and raising the maximum operating water level of the main lake.