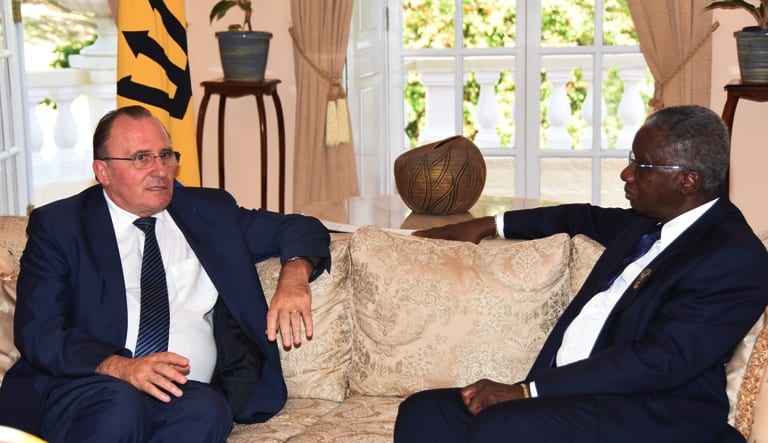 Mr. Stuart pointed out that Barbados had received assistance from France in a number of areas, including education, renewable energy, and agriculture. He added that Barbados valued its friendship with France and expected to strengthen it over the years.

The Prime Minister added that even though Mr. de La Moussaye’s tour of duty started one year ago, they had conducted some very useful exchanges.

“It has been short but satisfying, and I want to thank you for contributing to the deepening of the relationship between France and Barbados and the Eastern Caribbean,” he stated.

He noted that France did an excellent job in hosting the 21st Conference of Parties to the United Nations Framework Convention on Climate Change last December, and had also handled the security arrangements quite well.

He stated that France continued to have its security challenges as a result of terrorism and expressed the hope that ways would be found to eliminate such worrying developments.

Mr. de La Moussaye said he was looking forward to France engaging in more economic trade with the Caribbean. He added that both Barbados and France had worked closely together in a number of critical areas.