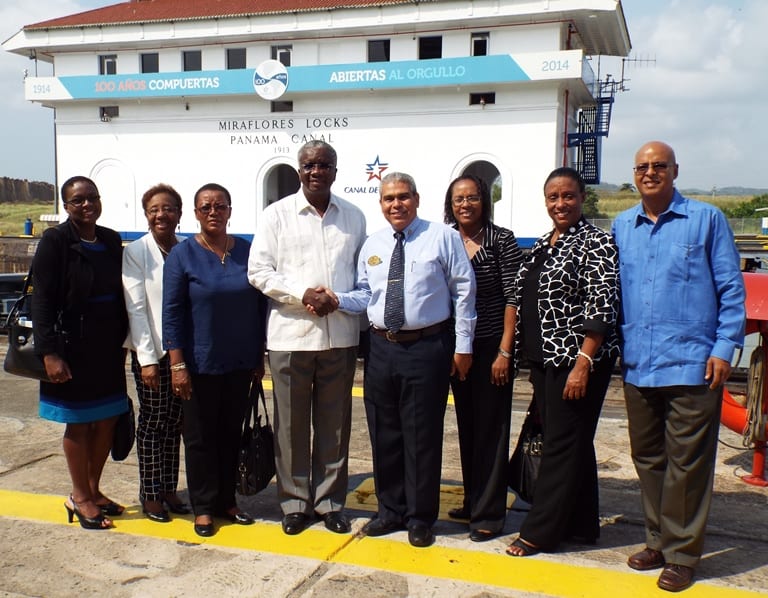 Prime Minister Freundel Stuart has expressed the view that the strong ancestral and cultural links connecting Panama to Barbados warrant a strengthening and enhancing of the existing diplomatic relationship.

According to him, this is necessary to “solidify a partnership that is mutually beneficial”. Mr. Stuart made the comments in a message today to celebrate Panama Day in Barbados. The Panama Canal was inaugurated on August 15, 1914, and Panama Day pays tribute to those Barbadians who contributed to the construction of the waterway.

The Prime Minister noted that Barbados and Panama have enjoyed a cordial and productive relationship since they established diplomatic relations in August 1975.

“The Government of Barbados recognises that Panama is a reservoir of potential philanthropy, social and political capital and a conduit for trade, investment, and tourism for Barbados. To this end, the Government of Barbados has made a conscious commitment to pursuing all opportunities available in and by way of Panama, and to fully engaging the untapped human capital of Barbadian descendants of Panama in support of this effort. Barbados also embraces the Barbadian Diaspora in Panama,” he stated.

Mr. Stuart stressed that Barbados and Panama were forever linked by the Panama Canal. He recalled that at the start of the 20th century, tens of thousands of Barbadians, mainly men, recruited by the Isthmian Canal Commission to work on the construction of the Panama Canal, set out on a journey from their homeland.

He noted that not only did those Barbadians play a pivotal role in what at that time was the world’s most ambitious project to connect the Atlantic and Pacific Oceans, but they also bolstered this country’s economy through their remittances, at a time of limited prospects for jobs and economic activity at home.

The President of Panama, Juan Carlos Varela, visited Barbados last year, and the Prime Minister visited Panama in April 2015 and in June this year for the Inauguration of the Expansion of the Panama Canal.

Mr. Stuart underscored the importance of such exchanges. “Visits such as these at the political level, together with increased people-to-people exchanges, have the potential to reap dividends in the future for the peoples of our two countries.

The conclusion of agreements aimed at facilitating and boosting trade and other services, and at deepening cultural and tourism linkages and promoting cooperation in a range of disciplines, will enhance the overall relationship between Barbados and Panama,” he suggested.