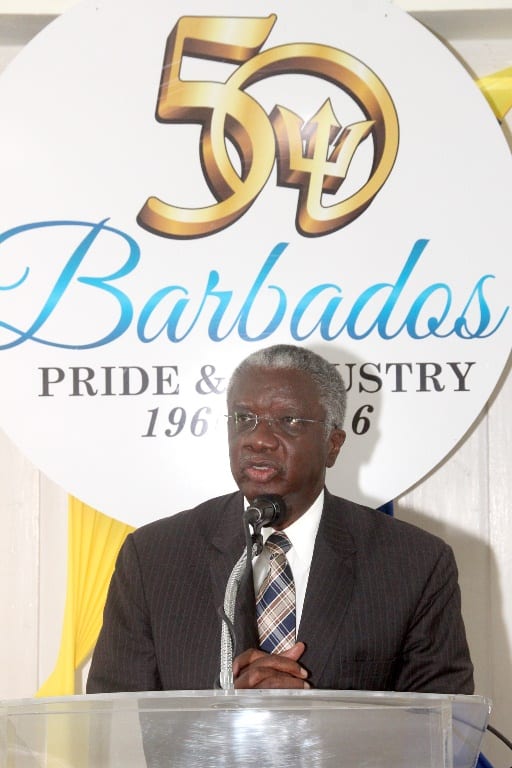 Prime Minister Freundel Stuart is “very pleased” that the Employment Rights Tribunal has rendered its decision in the matter involving the retrenched employees of the National Conservation Commission (NCC).

And, Mr. Stuart has expressed the hope that the negotiations between the unions and the NCC would start with haste so that the affected workers could get their just entitlements and this chapter be brought to a close.

The Prime Minister spoke to the media today after a ceremony at the Main Guard, Garrison, where he announced the winner of the Barbados at 50 Monument Design Competition.

Saying that he regretted the amount of time it had taken for the decision to be handed down, he said, however, that “given the quality of the decision”, the wait was worth it.

“The Tribunal has come down against the National Conservation Commission and a number of workers have to be compensated. Now if anything is calculated to establish the credibility of the Employment Rights Tribunal, it is that decision.

“It shows we have a Tribunal that … on good evidence, can decide against government institutions and the Tribunal needs that kind of credibility if people are to take it seriously, if the unions are to feel comfortable appealing to it …,” Mr. Stuart stated.

He continued: “We have a Tribunal that we can trust, a Tribunal with which we can feel safe and I want to congratulate the panel that determined this case for the courage and the quality of the work which they have produced.”

When asked if Government could afford to compensate the retrenched workers, Mr. Stuart stressed that Government had to pay them.

“You cannot have a decision against a government institution, in this case the NCC, and say ‘you can’t afford to pay’. You have to pay whatever the terms on which the payments are made, it is now a debt due and owing by the NCC when the figures have been finalised,” he stated.

Mr. Stuart said the time had come for work environments to graduate from personnel management to genuine resource management where trained people in human resource management could exert the clout needed at the workplace so that the kind of recommendations made by the Tribunal could be put into operation.