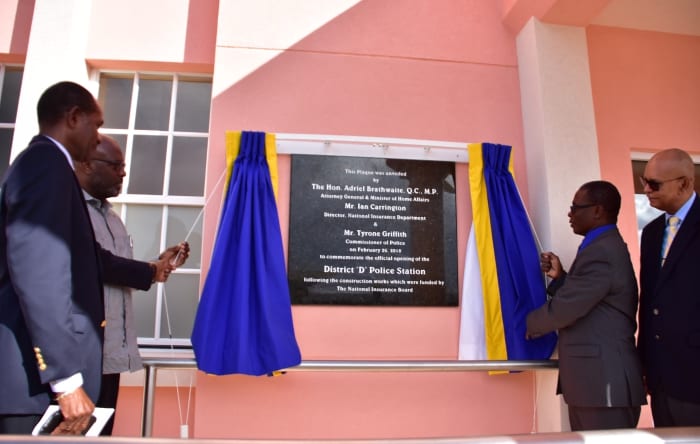 The Royal Barbados Force (RBPF) will be revisiting its hurricane preparedness plans to see how they can be improved in the wake of last year’s devastating hurricanes.

And, Commissioner of Police, Tyrone Griffith, has already indicated that the recently opened Cane Garden Police Station will afford them the opportunity to call out more personnel prior to a potential strike from a storm or hurricane.

He made this announcement recently during the opening of the police station and the District “D” and “F” Magistrates’ Courts under the multimillion dollar Citizen Security project.

“We are all aware of the devastation that was experienced in this region last year and so our plans have to be looked at and improved. The opportunity to have new barrack space and new accommodation would indeed mean that we would have to review our plans and ensure that more officers would be available to be brought in and that we can adjust the call out procedures,” he said.

The Commissioner thanked those responsible, noting that officers in the RBPF provided “yeomen service” daily to the country, and therefore deserved good facilities.

Similar sentiments were echoed by Chief Justice, Sir Marston Gibson, who thanked the Attorney General for providing Magistrates with new accommodations and an upgraded technological base.

The Cane Garden, St. Thomas, facility is the third component to be completed under the multimillion Citizens Security project, which is being funded by the National Insurance Scheme. It sits on 12,140 square feet of land and boasts a police station, barracks and Magistrates’ Court.