Poor Knowledge Of History A Concern 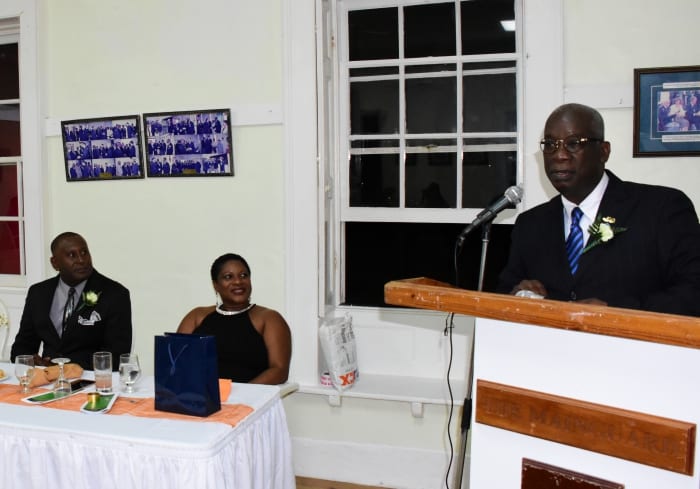 Education Minister, Ronald Jones says he is frightened by the lack of history embedded in the minds of our young people.

Delivering the feature address at the Lynch’s Old Scholar’s Association’s dinner and gala last Saturday night at the Clock Tower, Garrison Savannah, he lamented that this had led society to where it was today.

“That frightens the daylights out of me that they don’t understand both the history and sociology of the country as it emerged to what it is today. Any country that does not bring up its children in the way to understand the historical path is a country that is going to face failure eventually, if you don’t start to do the right things,” he stressed.

Mr. Jones, speaking on the impact of the now defunct Lynch’s Secondary, said credit had to be given to the three institutions of family, church and school. “Those were institutions that formed us into really who we are,” he added, noting it was really sad to see what was happening today.

“If you look at some of the trouble that is caused by some of the youngsters today, you wonder what is missing. I can’t tell you. I know that there are several of our young people who don’t go to church [but] they have to go to school because up to 16 is compulsory and if you don’t go your parent can be jailed or fined,” the Minister pointed out.

Addressing the role of family, Mr. Jones said there had been some argument about today’s family being dysfunctional and recalled the extended family of the past “stepped up to the plate”, ensuring younger children benefited from family socialisation.

He said there was a formative element in the kinds of relationships that existed within communities – how people looked out for each other; how people cared for each other and everybody shared from the pot that was prepared in the communal space.

Reminiscing further, the former teacher said children did not disrespect adults and were more bent on becoming “developers of a nation” and not killers.

“Today, [there are] parents and guardians who just give their children licence to do foolishness and not to be part of the formative development of themselves or their families,” he lamented.

Meanwhile, old scholar and president of the Alumni Association, Livingstone Headley, in his remarks, encouraged members to cherish the legacy of the school; come together to build the alumni; and continue the name of the school well into the future.