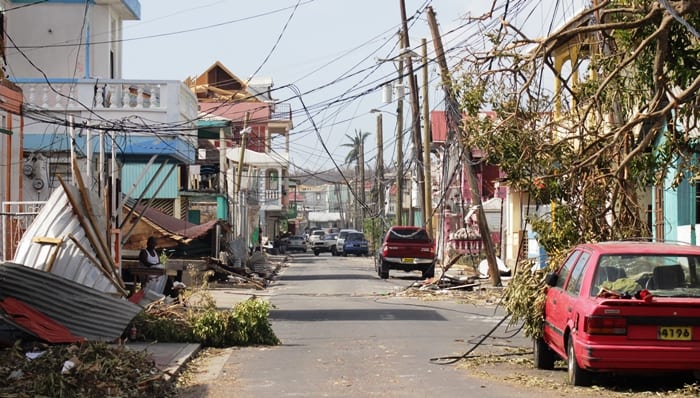 Some of the damage in Portsmouth, Dominica following the passage of Hurricane Maria. (M.Elcock/BGIS)

Damaged homes, businesses and offices are no match for the resilience and determination of residents living in Portsmouth, a town on the northwest coast of Dominica.

They have already begun to pick up the pieces after the category five-Hurricane Maria slammed into the island on September 18.

The residents have been using their personal vehicles to free the roadways, clogged with debris left behind by the hurricane, while at least one other ensured that his community was well lit at night through the use of his generator.

Jenner Boston, an electrician by profession, not only threw open his doors to close to 40 persons from his community during the storm’s passage, but continued to run power at night using his own generator so his neighbours could receive electricity.

Like some others, he has already begun repairing the damaged areas of his home, which included replacing three windows and two doors. “It was a very scary experience and I am still shaken,” he admitted.

Meanwhile, Shelter Assistant at the Roosevelt Douglas Primary School, Alicia Christopher, did not allow her personal situation to deter her from helping others.

“Gas is among things we salvaged from our homes, which were totally destroyed, so we brought them here to use them [to the school] to help others,” she stated.

Ms. Christopher, who is also a healthcare practitioner, said there were presently 150 people staying in the shelter, among them babies, a pregnant woman, elderly persons, asthmatics and diabetics. “Right now we have a need for water, formula and baby items,” she appealed.

However, she said, it was the residents who came to their assistance in refilling the tanks until help arrived from the Dominica Fire Station and Ambulance Service. 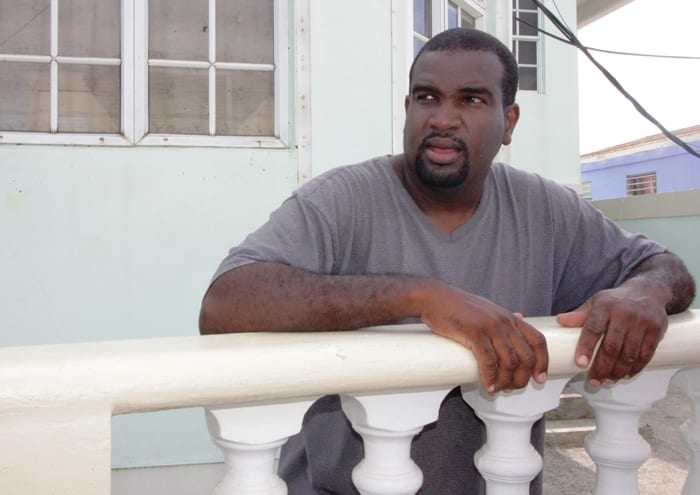 Jenner Boston opened his doors for close to 40 persons from his community during the storm’s passage and ran his own generator so neighbours could receive electricity. (M.Elcock/BGIS)

When a Barbados Government Information Service team visited the Portsmouth Hospital, the building, like few shops and a gas station, was open for business despite sustaining damage.

Dr. Francine Jeffrey said the hospital sustained damage to its children’s and female wards. “It was a mess but we cleared it,” she said, noting they were presently working with just two doctors and eight nurses for the entire hospital.

Despite these challenges, the staff was able to stabilise a number of patients, including a mother and two-day-old baby who were airlifted from Benjamin Park in Portsmouth by a French helicopter to Martinique for further medical care.

In addition, she said the hospital was also preparing other patients to be airlifted to Martinique for further treatment.

Meanwhile, homeowners in the remote area have also started the rebuilding exercise, with several of them beginning to clean inside their homes, which were flooded during the hurricane.

However, while they have begun the rebuilding effort, like the rest of Dominica, residents in Portsmouth are happy to see that aid is coming.