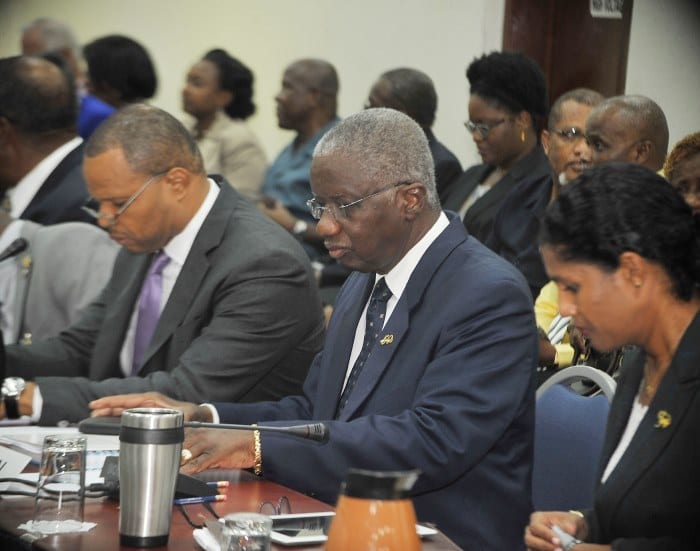 Prime Minister Freundel Stuart has described yesterday’s Social Partnership meeting as “refreshing”, saying “an atmosphere of goodwill and frankness” existed through the talks.

At the end of the meeting last night, Mr. Stuart told the media that people left the meeting recommitted to the Social Partnership as the mechanism officials needed to use to guarantee Barbados’ economic and social viability.

The Prime Minister said: “The meeting today [yesterday] was refreshing and I think the Social Partnership as we have known it rests on very solid ground… All of the stakeholders are committed to its even better functioning in the foreseeable future.”

He further disclosed that a meeting would be reconvened in January to discuss the agenda items which were not dealt with during yesterday’s session. He explained the areas included CARICOM, the Caribbean Single Market and Economy and sustainable development.

Mr. Stuart noted that the vexing issue of the ease of doing business in Barbados was addressed, with officials zeroing in on the World Bank report.

“Therefore, we had to treat perception as reality and those issues that were within our competence to correct, we move quickly to correct them,” he disclosed.

The Prime Minister said concern was expressed that when information was published in the report and a country wrote to challenge it, no responses were forthcoming.

“We do not know to whom these people are talking when they come to Barbados but some perverse information is making its way into the public domain and the international arena and we are committed to ensuring that we get to the bottom of it and Barbados’ position is not perversely misrepresented,” he explained.

According to Mr. Stuart, there was consensus that there were problems with productivity and employee engagement, and those reasons had to be carefully explored.

“The issues of engagement and productivity are indissolubly linked, and if you have workers going to work every day, feeling no attachment to their workplace and hating their job … it is unlikely that they would be as productive as workers who go to work, like what they are doing, like the environment at the workplace and are optimistic about their prospects for upward mobility,” he stated.