‘Power Of Choice’ Gets Thumbs Up 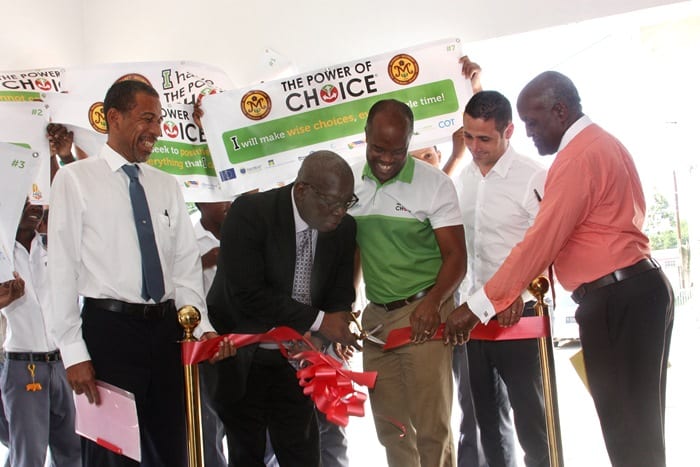 The Power of Choice initiative, led by FreeMind Institute under the direction of Errol Griffith, has been described by Education Minister, Ronald Jones, as one of those activities which seek to enhance the best qualities of human beings.

Speaking at the recent launch of the Power of Choice Screen Network at St. Leonard’s Boys’ Secondary School, Mr. Jones noted the similarities the initiative and the Schools’ Positive Behavioural Management Programme, that both were about encouraging and engaging young people in schools.

Pointing out that there were concerns some boys were “not buckling down” and “underpresenting” themselves, the Education Minister said: “In truth, they have great skills, great minds, and they should be developing great attitudes and behaviours to go along with those things. But somehow, they are being persuaded by others.”

He praised FreeMind Institute for its messages contained in banners, noting that the playing of these via screens in various places would allow those who were receptive to retain the messages. “I am encouraging you young men of Barbados to be receptive to the Power of Choice,” he told his audience.

Students at St. Leonard’s Boys’ heard too that they should help break the cycle of males being incarcerated repeatedly, and Mr. Jones urged them to take the positive messages which Power of Choice afforded to their peers.

[x_pullquote cite=”Ronald Jones, Education Minister.” type=”left”]“This is about Power of Choice making it possible for you to be better citizens of Barbados, for you to become truly emboldened with positive behaviours.”[/x_pullquote]

“This is about Power of Choice making it possible for you to be better citizens of Barbados, for you to become truly emboldened with positive behaviours,” he stressed.

Principal, Joseph Maynard, commended the launch and said its aim was to help transform the nation by first transforming thinking. “This is an important initiative for our students island wide, as it really challenges them to think about the decisions that they make on a daily basis,” said Mr. Maynard.

Thus far, Power of Choice banners have been placed in every classroom at the Christ Church Foundation and Princess Margaret Secondary Schools, and Charles F. Broome Primary, while workshops are in progress at Queen’s College, Daryll Jordan and Foundation.

Other elements of the initiative have included television advertisements related to the banners, and in the future, it is expected that there will be school clubs, competitions and projects centred on its principles. In addition to the launch of the screen at St. Leonard’s Boys’, screens have already been placed in nine other schools. 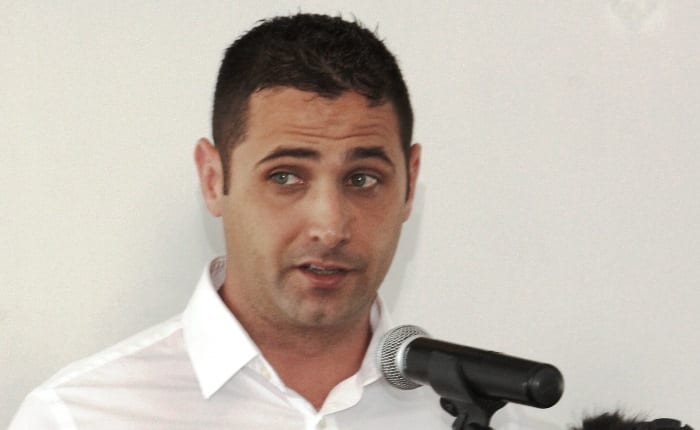 Meanwhile, Managing Director of FreeMind Institute and Power of Choice, Errol Griffith, said the very first message the organisation began with, in 2014, was “I Have The Power of Choice” and this banner was installed at Foundation School.

“The whole idea was to help people to understand that you have free will no matter what, and help students to do that,” he explained. He showcased other messages, including: “The Only Person In The World That I Can Control Is Me” and “I Am Responsible For My Every Thought, My Every Word, My Every Action and My Every Feeling”.

Screenplay Advertising, responsible for placing the screen at St. Leonard’s Boys’, is the provider of 150 screens and advertising content in various locations across Barbados, including at the University of the West Indies, Cave Hill; supermarkets; gas stations, and other entities.

Its Managing Director, Shane Lewis, while stating that the screen would be used to display positive messages in the school cafeteria, added that the aim was to take the messages “beyond just banners” and have them run throughout the schools “so the kids can really understand all the positive messages the world has to offer”.