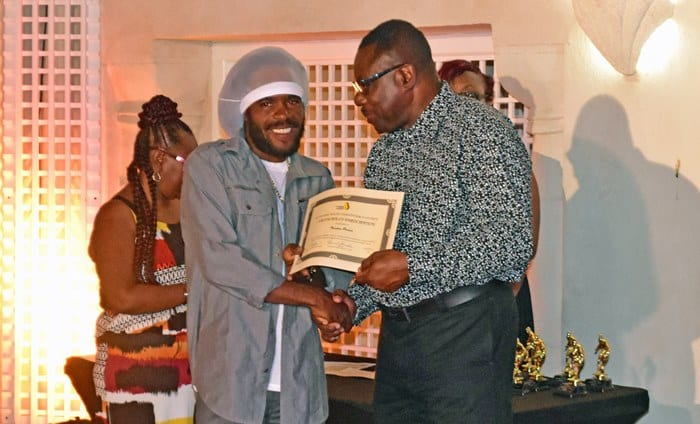 Social Care Minister, Steve Blackett, has praised the St. Michael South Constituency Council Football team for its “disciplined” approach to the sport, one which he believes some young men in society are unacquainted with.

Speaking recently at a reception at Ilaro Court for the football team, which placed third in last year’s David Thompson Memorial Constituency Councils Football Classic, Mr. Blackett told the young players it was encouraging to see them remain “focused and striving for excellence”.

“Unbeknownst to you, your perseverance might be serving as a serious motivating factor for many others looking on, especially the young ones in your community,” he observed.

Since the inception of the football tournament, the team has always reached the play-offs, which Mr. Blackett believed spoke not only to their “talent and prowess” on the field, but their perseverance, dedication and determination.

He added that while the sport was seen as “just a game” to some, the team’s actions had demonstrated that “much can be achieved through team work and mutual respect for each other”.

“I therefore urge you to continue to play the level of professionalism you have shown thus far and, no doubt, on the current trajectory you will one day be triumphant and hoist the Champion’s Cup at the tournament’s finals!” the Minister encouraged.

Mr. Blackett extended his “heartiest” congratulations to the players, management and supporters of the team, and also thanked the council members for their service and “stellar” performance over the years.