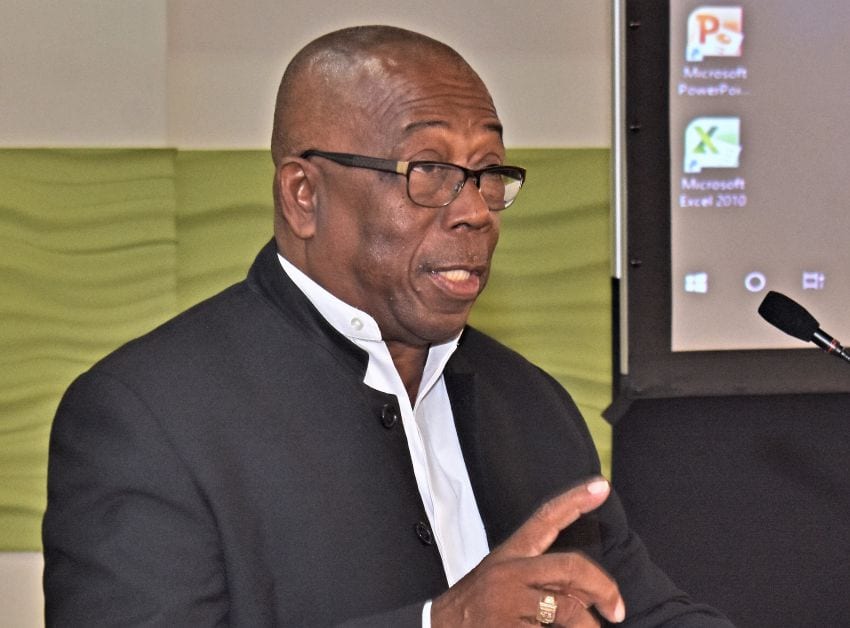 This reminder was issued recently during the CARICOM Climate Change Ministers Meeting at the Radisson Aquatica Resort.

The meeting was held in preparation for the 24th Conference of the Parties (COP24) to the United Nations Framework Convention on Climate Change (UNFCCC) to be held in Katowice, Poland, from December 2 to 14.

Minister of Environment and National Beautification, Trevor Prescod, in his address noted that despite the recent Intergovernmental Panel on Climate Change (IPCC) report of the possible impacts of a 1.5 degrees Celsius global warming above pre-industrial levels, it was still feasible to attain the goals set within the 2015 Paris Agreement. He however added that this could only be achieved via “ambitious mitigation actions”.

Minister Prescod emphasized that the time is now for all SIDS to do what is required to ensure their survival from the adverse impacts of climate change.

In this regard, he challenged fellow CARICOM Ministers with responsibility for climate change to re-examine their Nationally Determined Contributions (NDCs) in order to determine where they could lead by example through collectively raising their levels of mitigation ambition and communicating such to the international community by submission of updated NDCs to the United Nations Framework Convention on Climate Change (UNFCCC) by 2020.

Manager of Charles and Associates Inc., Leon Charles, in his remarks on IMPACT Science Based Implementation of 1.5 degrees Celsius, emphasized that at the upcoming COP24 a Talanoa Dialogue would take place to assess the progress made so far in emissions reductions and to advise on the level of ambition needed to achieve the goals of the Paris Agreement.

This, he stated, was a very important process and he urged SIDS to make their voice heard because they are most vulnerable to the negative impacts of climate change, despite contributing less than one percent (0.33 per cent) to global greenhouse gas emissions.

Commenting on the IPCC Special Report, Mr. Charles noted: “It is a game changer because it shows that achieving the 1.5 degrees Celsius goal is both technically and economically feasible. What is needed is the political will to make it happen.

“It is a game changer because it shows that rapid action is needed in order to prevent temperature increases from exceeding 1.5 degrees’ Celsius and that the rapid action needed is for global carbon dioxide emissions to be reduced by over 45 per cent by 2030 and to net zero by 2050.”

The discussions from the technical and ministerial meetings held will be prepared into a report and circulated to all CARICOM Delegations going to Poland so that there is a blueprint of ideas and positions uniting CARICOM at the COP24.