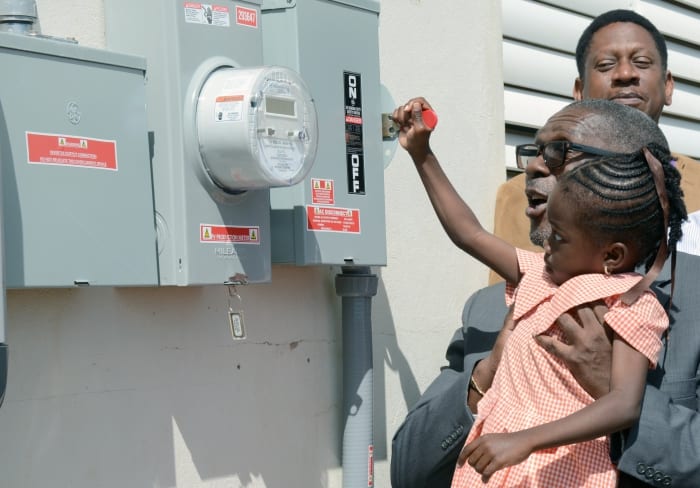 Bayley’s and St. Catherine’s Primary Schools, both in St. Philip, today became the first Government-owned buildings to be powered solely by solar energy.

As part of its activities for CARICOM Energy Month, the Division of Energy officially handed over the solar photovoltaic systems during ceremonies at the schools.

Parliamentary Secretary in the Ministry of Education, Senator Harcourt Husbands, told the students at Bayley’s that it was a historic day in the life of their school since “from today, all the electricity that is used at your school will be made right here at your school and that electricity will come directly from the sun. This makes your school one of the leading schools in the Caribbean and even the world”.

Installation work began at the two schools in March and was completed in October, at a cost of BDS$175,000 each. The work was carried out by Future Energy Caribbean Inc. based at Cane Garden, St. Thomas.

These schools bring the number of schools with solar photovoltaic systems installed by the Division of Energy to 16.

The Net Zero Energy Project, under which this initiative falls, aims to reduce energy consumption from conventional fuels; reduce greenhouse gas emissions through the use of renewable energy; and promote education and public awareness of renewable energy through the promotion of decentralised solar photovoltaic electricity systems within the community.