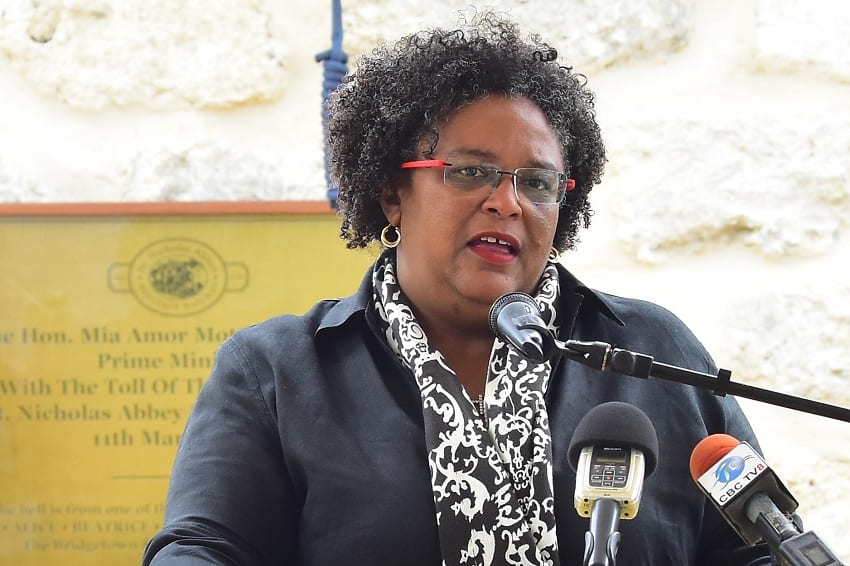 Budget day in Barbados is Wednesday, March 20 and Prime Minister Mia Amor Mottley will deliver the annual budgetary proposals at 3:30 p.m., in Parliament.

Ms. Mottley made the announcement on Monday evening as she delivered the keynote address at the commissioning of a steam locomotive at St. Nicholas Abbey’s Heritage Railway.

She said this would be the first time that the second reading of the Appropriation Bill and the budget would be brought together, explaining that the process was previously separated.

“And the reason for it is this, that numbers make no sense unless I can show the country, and we can agree as a country where we are going…both economically and socially as a society.

“I will have the opportunity to speak at greater length on March 20 where we will map out, not just what may be a revenue shortfall, but more importantly, where Barbados is, and where we must take it to ensure that the future is secure, sustainable and prosperous, not just for a few, but for all.”

Ms. Mottley told her audience that investments such as the heritage railway, married with policy decisions being made by government, for example, to secure the sugar industry, would make the definable difference to confidence returning to this country.

She said government believed that the sugar industry could be sustainable in the future.  She proffered the view that Barbados must stem the decline of the sugar industry by making “sensible financial decisions” which could make it profitable again at all levels

“The most important thing is the timeliness of the decision making and it is for that reason…my government recently took the decision to vote the monies necessary to be able to start the 2019 crop, without having to make people wait for inordinate periods of time,” the Prime Minister stated.

She thanked the director with the joint venture heritage railway, Larry Warren, and the investors for taking the risk, saying that kind of integrated project would make a meaningful difference.  She suggested that linking it to tourism was even more important because tourists did not only want to see the end product, but wanted to see the process.

Ms. Mottley expressed the view that too few Barbadians appreciated the beauty, majesty and history of this country.  She opined that more school children needed to learn more about this island.