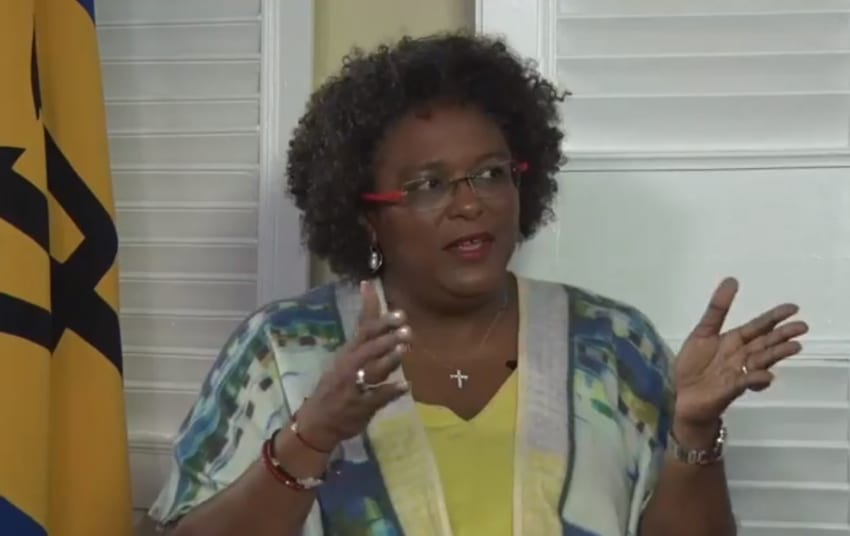 It has to stop!  This is Prime Minister Mia Amor Mottley’s clear message about the lawless behaviour and gun violence in society.

Ms. Mottley made her thoughts known on Sunday evening when she sat down with veteran journalist David Ellis for a wide-ranging 90-minute interview.

According to her, there is a conversation that she, Minister of Youth and Community Empowerment, Adrian Forde, and the Minister of Home Affairs, Edmund Hinkson, must have with the country.

“In order for us to do that [stop gun violence], we have to put in the time and go and engage. This is not a case of being able to use the heavy arm of the law on people.

“This is a case of sitting down and talking with people and putting structures in place. The Ministry of Youth has to put back in place substantive programmes for young people.… Unless you have young people in structured activity, the devil is going to find work for idle hands,” she contended.

Ms. Mottley said the Minister of Youth and Community Empowerment had “an extremely good rapport with young people” and had been able to assist many of them in becoming entrepreneurs.

On the point of the creation of a Ministry of People Empowerment and Elder Affairs, the Prime Minister noted that Barbados had an ageing population and persons were being neglected and abandoned at the Queen Elizabeth Hospital.

She proffered the view that citizens must come to terms with how they took care of the elderly in this country and maintained that it must be done in a dignified way.

“We are about to create a population commission because Barbados needs to ask itself and come to grips [with], is our population large enough to sustain the quality of life that we have? … So, the Ministry of Health has been asked to bring a paper so that we can determine what is the appropriate size for our population in the next 50 years if we are to sustain our quality of life in Barbados,” she disclosed.

During the interview, Ms. Mottley said the integrity legislation, which was recently debated in Parliament, was still open because Government wanted the public to have a say. She explained that a joint select committee of both Houses would be created so people could write or, in some instances, go and give oral evidence.

In addition, she pointed out that Government Ministers have had to declare their assets, the details of which would be sealed and placed in a special safe. She noted that this process was currently being done and she expected it to be completed before the end of this month.

The Prime Minister stressed that a Cabinet of Barbados never declared their assets to anyone in the past.  She insisted, however: “We feel fundamentally this is an important step for us to make as a country.”